Can You Spot Shah Rukh and Kajol in This Dilwale Teaser? 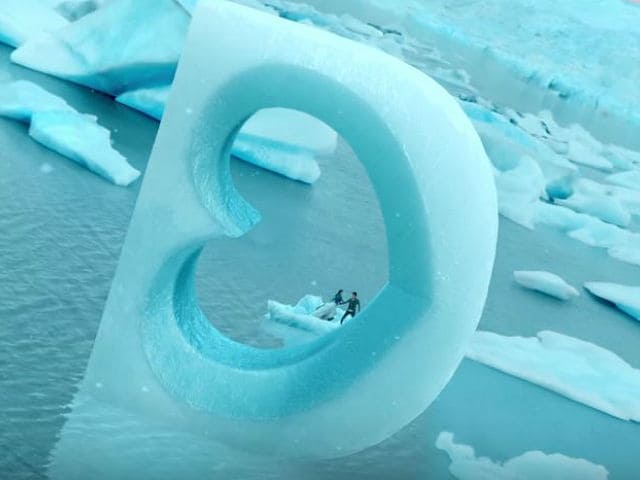 A still from Dilwale motion teaser.

New Delhi: Superstar Shah Rukh Khan shared the 'sound of love' (at least that's what he says) along with a motion teaser poster from his upcoming film Dilwale, in which he co-stars with Kajol.

You have seen the 'D' now hear the sound of love. Hope you all like it. https://t.co/nUy7uZ4AuU

In the teaser, an ice-sculpted heart-shaped 'D' floats in icy waters and we also get a very small glimpse of Shah Rukh and Kajol dancing on an ice platform.

Shah Rukh shared another teaser of Dilwale, which is closer to director Rohit Shetty's style of action thriller, and it features Varun Dhawan:

The Drift is here....to the strains of love. The Dilwale Drift....https://t.co/apctV6y5ot

Dilwale is slated to release on December 18. The film brings together onscreen Shah Rukh and Kajol after a gap of five years. They were last seen together in Karan Johar's 2010 film My Name Is Khan.