Can You Guess Who This Actress Is? Hint - Last Name Kapoor 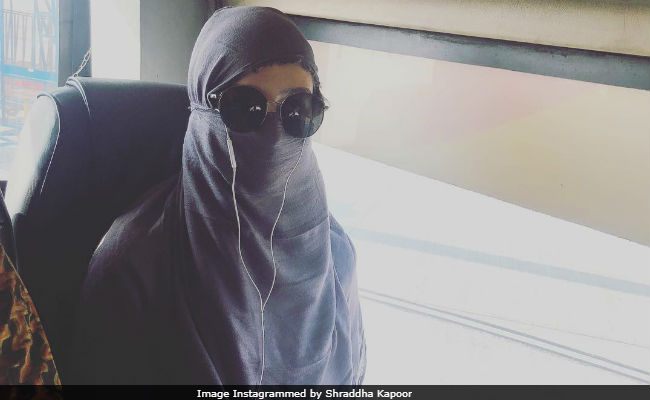 New Delhi: We stumbled upon an Instagram post, which was shared by a Bollywood actress. Can you guess who she is? Hint: Her surname is Kapoor. In the picture, the actress can be seen covering her face with a blue-coloured stole and oversized sunglasses. She probably wanted to keep her identity a secret. The actress posted the picture and captioned it, "Mood: Anonymous." If you guessed Shraddha Kapoor, then you are absolutely right. The actress is currently shooting for her upcoming film Batti Gul Meter Chalu in Himachal Pradesh and Uttarakhand.

Her recent Instagram posts tell us that the actress is making the most of her stay in the picturesque location of Himachal Pradesh and Uttarakhand.

Shraddha Kapoor was earlier joined by her co-star Shahid Kapoor when they were shooting in Tehri, Himachal Pradesh. Shahid flew back to Mumbai a couple of days ago. Shraddha and Shahid have previously worked together in Vishal Bhardwaj's film Haider.

Batti Gul Meter Chalu is a social drama, which revolves around a common man's fight against power distribution companies over the huge amount of bills generated. Shahid reportedly plays the role of a lawyer, who fights the injustice.