Avinash Tiwary said: "I don't understand this 'us versus them' narrative because there are opportunities for everyone." 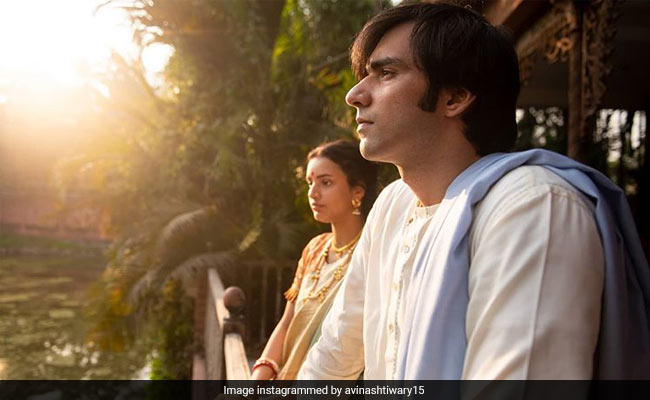 Avinash Tiwary with Tripti Dimri in a still from Bulbbul. (Image courtesy: avinashtiwary15)

Bulbbul and Laila Majnu star Avinash Tiwary doesn't understand the "us versus them" narrative as the actor believes it is the audience that decides who will become an insider in the industry or stay out of it. With the death of actor Sushant Singh Rajput, the "outsider versus insider" debate has again come to the fore in Bollywood with some criticising the existing power structures in the industry. Avinash Tiwary said despite an early opportunity, insiders still need to prove their talent.

"It's the audience that decides who they want to watch. There are more than a lakh people in the profession of acting and only about a hundred would be the so-called insiders. I don't understand this 'us versus them' narrative because there are opportunities for everyone. We all have the opportunity to go and do our jobs," the actor told PTI in an interview.

"What happens is that when the audience appreciates our work, we become one of the insiders and the stars. Hopefully, if I have kids then I will be able provide for them if they want to become actors, which is what all insiders have - an early opportunity," he added.

Avinash Tiwary, who left his engineering degree to join Barry John's acting studio and later went to the New York Film Academy, has emerged as one of the promising talents in the industry. The 34-year-old actor worked with Amitabh Bachchan on the 2014 TV series Yudh. He made his movie debut with the ensemble film Tu Hai Mera Sunday and got his first lead role in Laila Majnu. The 2018 film, produced by Imtiaz Ali and directed by his brother Sajid Ali, did not do well at the box office despite good reviews.

"As an outsider I had a film and I was told that it is good. It did not last in the theatres for a week. If people had seen the film, I would have become an insider. Privilege or not, we all have to work hard and persevere," he said.

Avinash Tiwary reunited with his Laila Majnu co-star Tripti Dimri for Bulbbul, another fable-like film that upends the legend of the witch through a coming-of-age story of a Bengali child bride. Both Avinash and Tripti have been praised for their performance in the Netflix film, produced by Anushka Sharma's Clean Slate Filmz.

Bulbbul, directed by lyricist-dialogue writer Anvita Dutt, is a special film, the actor said, that defies being tied to a particular genre. Avinash said the film explores a love story and a family drama in the supernatural space.

"It is a genre-flexible film (which is) unique for our country. Not many films are made like this, maybe Tumbaad. It's hard to place it in one genre as it is also a love story and a family drama set in a period space. It has bits of fantasy and horror as well," he said.

Avinash plays Satya to Dimri's Bulbbul, who is surprised to see the transformation of his childhood friend and his sister-in-law - from an innocent woman to the matriarch of the ''haveli'' after being abandoned by her husband (Rahul Bose).

The actor said it was intriguing to play a person who is in an undefined relationship. "I found there is certain innocence and naivety in him about what is happening. He is not a guy who makes quick judgements. I also found Satya to be a little dumb and I was like 'why can't he see it'. To have the idea of the relationship and still not understand what it is. We face that in real life as well. There was beauty in such subtle layers. It was only something you could explore while doing it," he said.

Avinash Tiwary will next be seen in the Hindi version of The Girl on The Train with Parineeti Chopra.