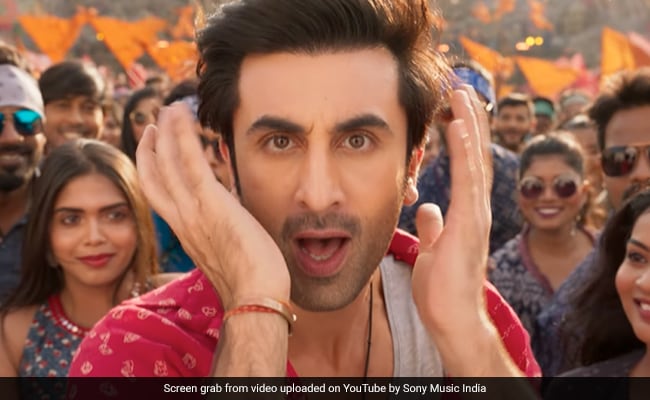 Dance Ka Bhoot, the third song from Brahmastra is out. On Thursday, the makers of the film released the song on YouTube. The over three minutes long video features Ranbir Kapoor, who is seen dancing to a high-energy song, celebrating the occasion of Dussehra in the film. Right from dancing with a crowd to turning into a DJ at the end, Ranbir Kapoor gives a festival-like vibe throughout. Brahmastra'sDance Ka Bhoot is choreographed by celebrity choreographer Ganesh Acharya. The song sung by Arijit Singh is composed by Pritam. Ranbir Kapoor will play the character of DJ Shiva in the film.

Check out the song:

Before Dance Ka Bhoot, the makers of Brahmastrareleased two other songs, Kesariya and Deva Deva respectively. While Kesariya is a romantic number featuring Ranbir Kapoor and Alia Bhatt, Deva Deva shows Ranbir Kapoor embracing his super power. Both the songs have garnered views in millions on YouTube.

Brahmastra, directed by Ayan Mukerji, is a trilogy. The film's first part, Brahmastra: Part One - Shiva, which is set to release on September 9, stars Ranbir Kapoor, Alia Bhatt, Amitabh Bachchan, Nagarjuna, and Mouni Roy in lead roles. The film will release in Hindi, Tamil, Telugu, Kannada and Malayalam.