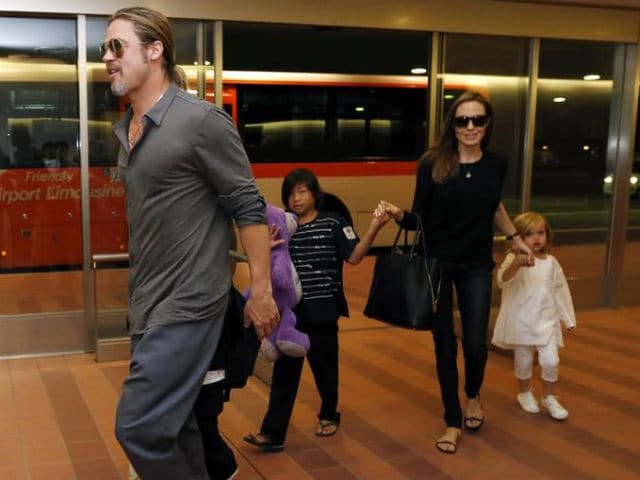 Los Angeles: Things are getting murkier in the Angelina Jolie, Brad Pitt divorce. Brad, 52, is under investigation by USA authorities after being accused of physically and verbally abusing his children during an angry outburst, TMZ reported on Thursday.

According to the entertainment news site , the Los Angeles Police Department began probing Brad based on an anonymous tip received by the LA County Department of Children and Family Services, as is systematic following any report of child abuse.

The source reportedly told authorities that Brad began screaming and "getting physical" with his children on a private jet, possibly under the influence, and then continued ranting after the plane landed.

Just days ago, Angelina, 41, filed for divorce from her husband of two years citing irreconcilable differences and seeking custody of their six children together.

Reports have suggested that Angelina disapproves of Brad's hard-partying and hard-drinking lifestyle.

Brad told People magazine : "I am very saddened by this but what matters most now is the well-being of our kids. I kindly ask the press to give them the space they deserve during this challenging time."

Angelina Jolie and Brad Pitt met on the sets of Mr & Mrs Smith in 2004. She had just split from second husband Billy Bob Thornton, he was married to F.R.I.E.N.D.S star Jennifer Aniston whom he divorced the next year.

Promoted
Listen to the latest songs, only on JioSaavn.com
Together they have six children who use the last name Jolie-Pitt. The eldest three - Maddox, Pax and Zahara - are adopted. Shiloh and twins Vivienne and Knox are biologically theirs.

Angelina Jolie is currently working on a film on the Cambodian genocide. Brad Pitt has World War Z 2 lined up.