Brad Pitt and Jennifer Aniston's recent communication has "opened the door to a whole new era of good feeling between exes," says a source 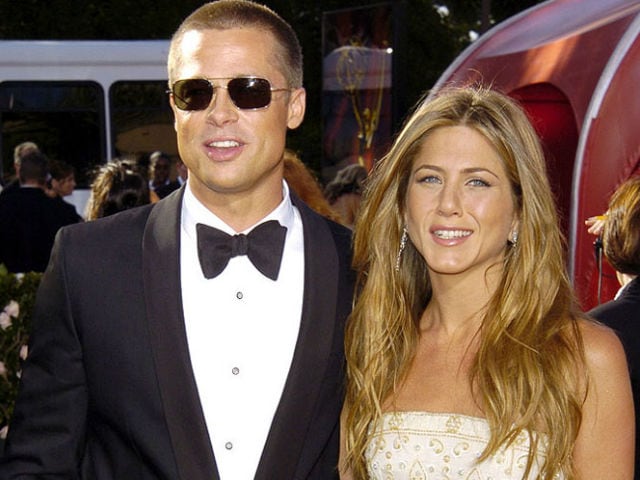 A file photo of Brad Pitt and Jennifer Aniston.

New Delhi: Actor Brad Pitt, who is separated from his actress wife Angelina Jolie, apologised to his ex-wife Jennifer Aniston for "being an absentee husband," stated a report in In Touch magazine. A source told In Touch: "He's been determined to apologise for everything he put her through, and that's exactly what he did. He apologised to Jen for being an absentee husband, for being stoned and bored much of the time. He also made amends for leaving her for Angelina." Brad Pitt was married to F.R.I.E.N.D.S star Jennifer Aniston when he met Angeline Jolie on the sets of Mr And Mrs Smith. Brad and Angelina's affair reportedly started while they were filming and the affair ended Brad and Jennifer's five-year long marriage.

In September 2016, Angelina Jolie filed for divorce from Brad Pitt, ending their 12-year-old relationship and two-year long marriage. After the reports of Brad and Angelina's separation featured in headline, a source told US Weekly that Jennifer called the Brangelina divorce 'karma.'

As per the In Touch report, Jennifer's recent meeting with Brad Pitt was sort of amicable. "It was the most intimate conversation Brad and Jen have ever had. Jen was overcome with emotion. All the hurt feelings and resentment she'd suppressed for years came flooding to the surface, and she broke down in tears," a source was quoted as saying.

Promoted
Listen to the latest songs, only on JioSaavn.com
According to In Touch's source, Brad Pitt still thinks he and Jennifer have "unresolved" issues but their recent communication has "opened the door to a whole new era of good feeling between exes."

After her divorce from Brad Pitt, Jennifer Aniston dated actor Vince Vaughn for a year and after that musician John Mayer from 2008 to 2009. She started dating Justin Theroux (her co-star of Wanderlust) in 2011 and they is happily married since 2015.