Brad Pitt-Angelina Jolie Divorce And The 'Marriage of Equals' Fantasy 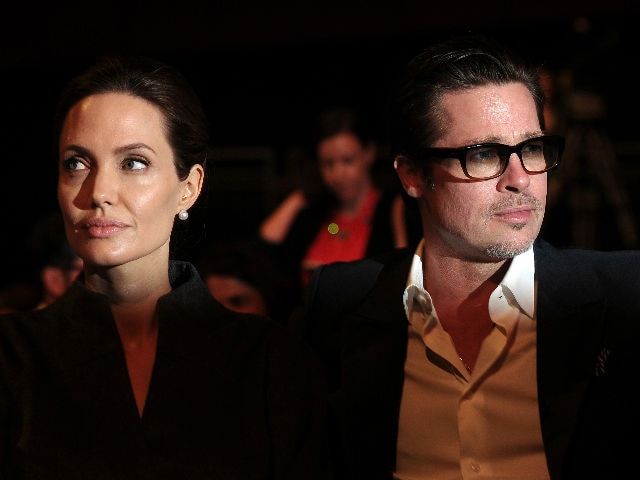 Washington: Few things make me feel sillier than the automatic sharp breath I seem to take when a marriage between two famous people, whom I do not know in the slightest, comes to an end. So it was on Tuesday morning when the news broke that Angelina Jolie had filed for divorce from Brad Pitt, whom she married in 2014 and with whom she has six children.

But while it's custom to both gasp over celebrity divorces, and to condemn such gasping as a sign of feminine vapors, that condemnation misses the point a little bit. It's one thing to mourn over an ending marriage because you've become overly invested in the lives of people who might as well be fictional characters, for all the distance between them and us. It's another thing to look at a breakup like this and see the death of a kind of inspiration.

For all that Hollywood is, in many retrospects, a hideously retrograde place, a terrible land where women age out of the workforce by 40 and the women who even get into that workforce generally have to meet incredibly stringent standards for appearance, it's also an industry that produces a lot of high-profile, aspirational egalitarian marriages and partnerships.

Whether you dig Brangelina-style intensity and do-gooderism, the classic style of Courtney B. Vance and Angela Bassett, the joint comedy stylings of Kristen Bell and Dax Shepard, the giddy romance between Sarah Paulson and Holland Taylor or the constantly evolving partnership between Jay-Z and Beyonce, there are partnerships between hardworking, incredibly talented people, where women aren't merely accessories or helpmeets, everywhere you turn. And that's not even to mention the marriages between very famous women and their less stratospherically recognizable husbands, like Tina Fey and composer Jeff Richmond or Melissa McCarthy and character actor Ben Falcone. There are a lot of cancerous fantasies that Hollywood turns out, but partnerships where women get to work constantly and are loved for their talent and drive are not among the industry's sins.

It's true that these marriages are bolstered by large piles of money that mean that the couples involved don't have to get stressed out by child care or housework, and that they can jet around to see each other on sets when their work takes them to far-flung places. That's part of what's delicious and unreal about these pairings; sighing over a power couple is not the same thing as believing that we could have what they have with just a little extra hard work and ambition.

Of course, Jolie and Pitt were more proof of the triumph of hope over experience than actual marital exemplars. Their marriage was her third, his second. But for the years when they seemed happy, egalitarianism was part of what made them so.

They had come together as stars of equal standing in Mr and Mrs Smith, filmed when Pitt was still married to Jennifer Aniston. They did charitable and humanitarian work together and described their decision not to marry until 2014 as a protest against the lack of marriage equality.

But equality isn't everything, nor, apparently, is topping People magazine's sexiest lists, nor doing fulfilling charity work, nor having a crew of absurdly photogenic offspring. A divorce like Brangelina's is both the end of a pleasant dream, and in the end, a bit reassuring: If folks like that can't make it work, maybe we're relieved of the obligation to strive for perfection in our marriages.

Promoted
Listen to the latest songs, only on JioSaavn.com
©2016, The Washington Post