Bombay Velvet Isn't Out Yet but Bollywood Loves it Already 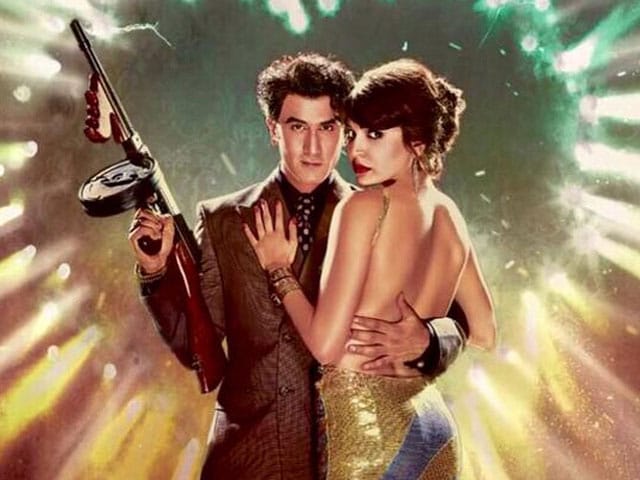 Anushka and Ranbir in a still from Bombay Velvet

New Delhi: The paying audience will have to wait till the end of the week to watch director Anurag Kashyap's Bombay Velvet but Bollywood has already been given a preview of the film and loves it to bits.

Bombay Velvet, set in Mumbai's jazz age, stars Ranbir Kapoor and Anushka Sharma with filmmaker Karan Johar cast as the antagonist. Trailers and songs released so far promise lavish sets, elaborate costumes and the return of Ranbir, who hasn't been in a major film since 2013's Besharam (he played a supporting role in this year's Roy).

Add Actor to the Bio KJ. You are the surprise of BV. Biggest hug.

Every department is phenomenal. The writing, the acting, the technical finesse. What composition! What music! What KJo!! #BombayVelvet

#BombayVelvet years later will b named a classic, next week it'll b the film that puts @anuragkashyap72 in the list of most wanted directors

BombayVelvet RK steals the show, among brill actors, @AnushkaSharma sings her heart out, the Jazz is wacky, the world so stylish, go cinema

Promoted
Listen to the latest songs, only on JioSaavn.com
Singer Shaan agreed that the film was a classic:

#BombayVelvet is a modern classic. Its in the history books @anuragkashyap72. Ranbir Kapoor makes you breath Johnny Balraj. Outstanding.

Bombay Velvet, co-starring Kay Kay Menon and Satyadeep Misra, was certified A by the Censor Board, which revised the rating to U/A on Monday. The film has been promoted heavily, with the cast and crew heading to Goa for a press tour last week.