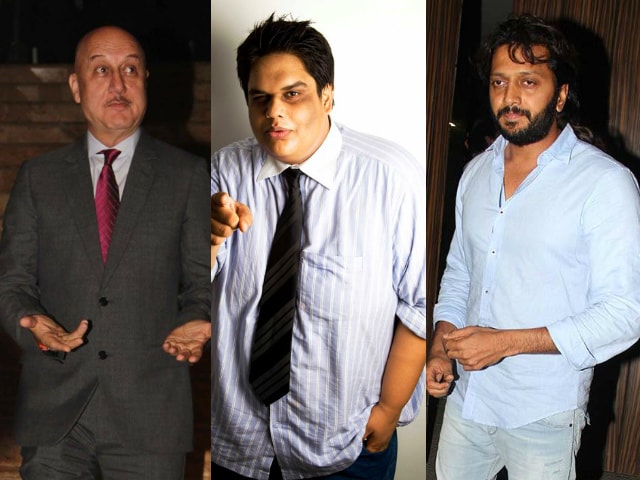 This image in the middle was shared on Facebook by tanmaycomedy.

New Delhi: Bollywood celebrities like Anupam Kher and Riteish Deshmukh used strong words to slam a video shared by Tanmay Bhat, a member of comedy group AIB, on his Facebook page on May 26. The video features an imaginary conversation between cricket legend Sachin Tendulkar and veteran singer Lata Mangeshkar over the subject - who is a better player, Sachin or Virat Kohli.

Tanmay referred to the controversial AIB Roast and tweeted on Sunday:

The video appeared as offensive to Mr Kher, who tweeted:

I am 9 times winner of #BestComicActor. Have a great sense of humor. But This's NOT humor. #Disgusting&Disrespectful https://t.co/sTuTfbAOrU

Am absolutely shocked. Disrespect is not cool and neither is it funny. https://t.co/ymYPi9hxuv

Meanwhile, this is what Twitteratti had to say:

Forget offensive, Tanmay Bhat's video is not even funny.

Watched the Tanmay Bhat video. The Sachin-Virat joke was okay, but the ones abt Lata Mangeshkar's aged face & abusing her was in poor taste.

Tanmay, who captioned the video as 'Sachin vs Lata Civil War'on Facebook, also posted a disclaimer, which read: "I make such nonsense on my Snapchat." Tanmay however, sensed trouble and tweeted on Sunday:

AIB, which also comprises of Gursimran Khamba, Rohan Joshi and Ashish Shakya, were in the midst of a controversy last year, following an expletive-loaded Roast that took digs at actors Ranveer Singh, Arjun Kapoor and Alia Bhatt to name a few. It was attended by an audience of 4,000 in Mumbai in December, 2014.