Bigg Boss12, Day 14, Written Update: Romil Choudhary Is Back In The Game But The Contestants Don't Know Yet

Romil Choudhary will be this season's first wild card contestant 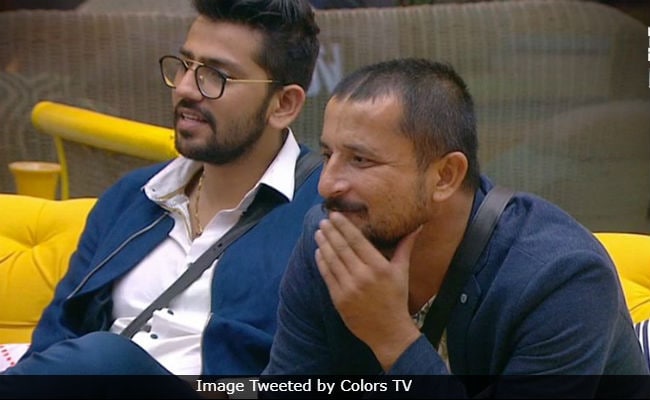 The fourteenth day of Bigg Boss season 12 turned out be a roller coaster ride for most of the housemates. The episode started on a lighter note, wherein Salman's brother-in-law and Loveyatri Aayush Sharma and Warina Hussain interacted with Salman Khan and asked him some interesting questions about his films. Aayush asked Salman about the name of the character who played the empire in his iconic film Hum Aapke Hain Kaun. For every right question that Salman answered, Warina handed him a puppy. However, things were not all pleasant when TV actor Karan Patel interacted with the housemates once again. Karan was there for a special task called the 'Donation Camp," as a part of which, Karan asked all the housemates to donate a good quality, which they possess and would like to donate it to a housemate that they believe needs it the most. Anup Jalota said that he'd like to donate his honesty to Deepak Thakur.

In another segment of the show, Salman Khan read out statements, which at some point were said by the housemates. All the contestants then had to guess who said it and had to smudge cupcake on their faces. Things took an ugly turn when the contestants took the task personally. Then came the much-awaited Sultaani Akhada task wherein, Dipika defeated Jasleen in wrestling.

Things are about to get crazy in the #BiggBoss12 house with @BeingSalmanKhan's new task for the contestants. Tune in tonight at 9 PM to witness what happens next. #BB12pic.twitter.com/XybIg26sh7

Much to the housemates' dismay, a surprise eviction, took place wherein Romil Choudhary and Nirmal Singh's jodi got eliminated. However, Salman gave them a chance to be back in the game but only one of them could make it. Nirmal happily sacrificed his position in the game and asked for Romil to return solo. Interestingly, the contestants aren't aware of this twist. It will be interesting to see the kind of response they'll have to this twist.

Watch this space for more updates.