Bigg Boss Tamil 3, Day 94 Written Update: Will Kavin Walk Out Of The House? 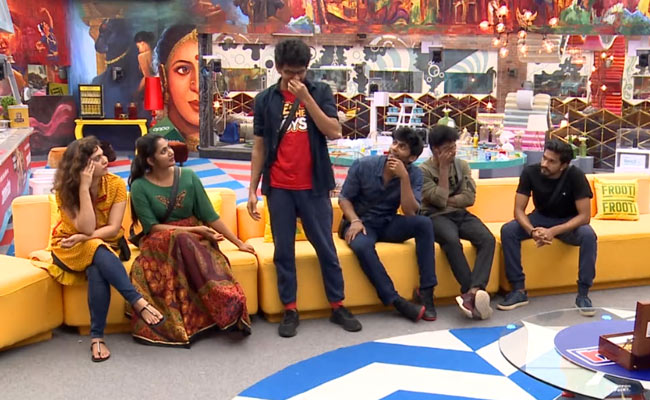 Bigg Boss Tamil 3: Kavin and others in a still from the show

Bigg Boss Tamil 3 is getting more and more interesting in its final days with Bigg Boss introducing plot twists every now and then. Day 94 in the Bigg Boss Tamil 3 house witnessed something similar. Announcing that the stand-alone winner of Bigg Boss Tamil 3 would be rewarded a sum of Rs 50 lakhs, Bigg Boss gave the contestants an opportunity to take home Rs 5 lakhs. But there was a catch - if any of the contestants intended to take the offer, the housemate should leave the house immediately with the Rs 5 lakh amount. In a surprise turn of events, Kavin was seen getting ready to take the offer when the other contestants tried to convince Kavin to stay back in the house till the finale.

Wednesday's episode ended without revealing whether Kavin accepted the money and walked out or decided to complete the journey in the Bigg Boss Tamil 3 house.

Tharsan who was assigned to act as the 'King' of the Bigg Boss Tamil 3 house was dethroned on Day 94 in the Bigg Boss house. Prior to his dethroning, Tharsan, with the help of Mugen, gathered the torn pieces of the letter than Sherin had thrown away and read the contents of it. Tharsan misinformed Sherin that he read only a single line of the letter but later he confessed that he went through the entire letter. Sherin, who was visibly upset, let out her frustration but later patched up with Tharsan. Then Bigg Boss asked the other contestants of the show to share their views about dethroning Tharsan and once he was no longer the 'King' of the house, Bigg Boss asked the housemates to give fun orders to their ex-king.

Watch this space for more updates on Bigg Boss Tamil 3.