Bigg Boss OTT contestants got a chance to meet their family members in a recent episode. 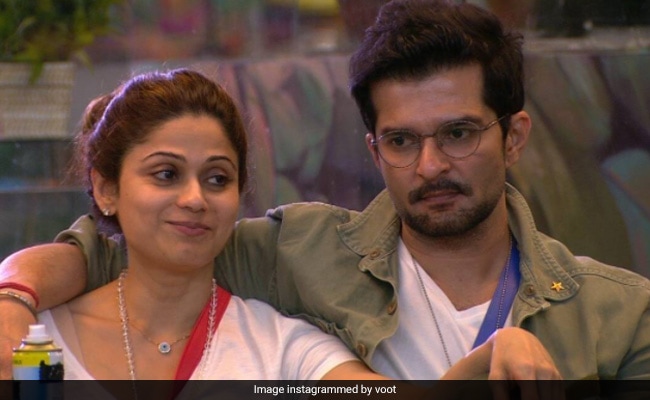 Bigg Boss OTT recently surprised all its viewers. The contestants were given a chance to meet their family members on the show. Many broke down when they saw their loved ones. Shamita Shetty, too, couldn't hold back the tears when her mother Sunanda Shetty appeared. What got us melting is their conversation about Raqesh Bapat. Shamita asked her mother, "Isn't Raqesh sweet?" To our delight, Sunanda Shetty said, "He's such a sweet man." She also turned to look at Raqesh and told him, "You're the gentleman in the house." In reply to that, Raqesh blew her a kiss and said, "Love you." Shamita also asked her mother about her sister, actress Shilpa Shetty Kundra.

Sunanda Shetty also praised the other housemates and encouraged Raqesh Bapat to stand his ground on the show. She advised him not to change himself because of others' opinions. Sunanda Shetty gave the same advice to Shamita when the actress asked if she was behaving bossy on the show.

Later, Sunanda Shetty thanked Neha Bhasin for being a constant support to her daughter in the house. She also left adorable comments for Pratik Sehajpal and Nishant Bhat. After the meeting, Raqesh Bapat hugged Shamita Shetty and was all in praise of her mother. He said, "What a woman she is." Shamita agreed and said that her mother radiates "positivity."

Sunanda Shetty's visit seems to have improved Shamita Shetty's relationship with Raqesh Bapat. They both entered the show as connections. However, in the last week, their friendship deteriorated. In one episode, Shamita told Neha Bhasin that she felt "hurt" because of Raqesh's changed behaviour.