Shamita Shetty and Raqesh Bapat have been in the news for their relationship inside the house. 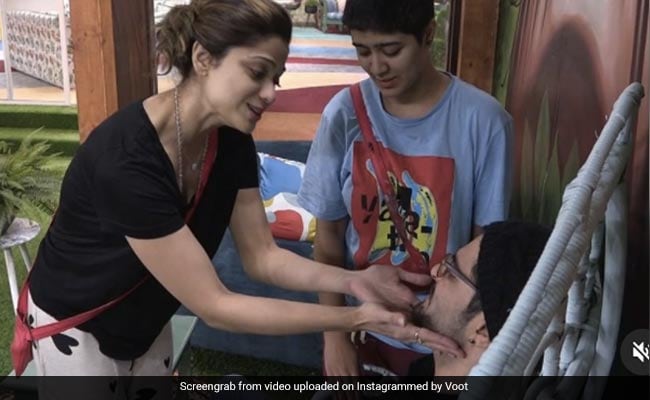 Shamita Shetty, Raqesh Bapat in a still from a recent episode of Bigg Boss OTT

Every episode of Bigg Boss OTT manages to create a stir on the Internet. The latest one featuring actors Shamita Shetty and Raqesh Bapat is now a discussion on social media. The new promo shows Shamita offering advice to her connection Raqesh regarding his game strategy. For the unversed, the duo has developed an adorable bond inside the house. Hence, the new teaser has left fans wondering whether Shamita's words would nudge Raqesh to alter his further plans about the game. In the clip, we can see Moose Jattana, with a punch of humour, requesting other participants to stop “troubling” Raqesh. Raqesh confirms that he is not competing and is here for the experience. Shamita maintains that he still needs to come out of his comfort zone.

Now, fans are also curious to see how actress Nia Sharma's entry as a wild card participant will affect Shamita Shetty and Raqesh Bapat's relationship. Nia and Raqesh have been trying to know each other since her arrival. In one of the clips shared by Voot, Nia is trying to flirt with Raqesh who in turn complimented her outfit.

Raqesh Bapat is known for his roles in films Tum Bin and Savita Damodar Paranjape. He has also featured in TV serials like Saat Phere, Maryada and Qubool Hai. Raqesh got married to his Maryada: Lekin Kab Tak? co-star Ridhi Dogra in 2011. However, the couple got separated in 2019.

Shamita Shetty, who is actress Shilpa Shetty's sister, is best known for films like Mohabbatein, Zeher, Cash and Bewafaa. She also has been a part of reality shows like Jhalak Dikhhla Jaa 8 and Khatron Ke Khiladi 9.