The Kiki challenge has been discouraged by several law authorities worldwide after a few attempts went wrong. 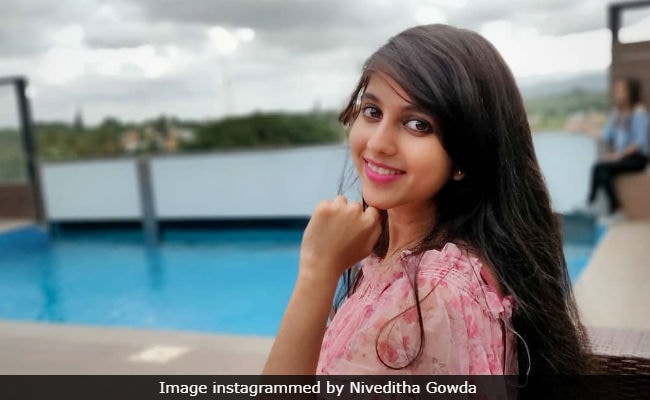 Kannada actress Niveditha Gowda apologised for the Kiki Challenge video, which has been trending for almost a month. The 18-year-old actress participated in the viral challenge days after the Bengaluru police banned it in the state, for which she was criticised by the Internet. Niveditha, best known for her participation in Bigg Boss Kannada, told Times Of India that she was unaware of the ban on the Kiki challenge, which is also known as the 'In My Feelings Challenge,' and she deleted the video after learnt about its dangerous consequences. "I just saw the post on Instagram and tried it out. As soon as I got to know about the ban on Kiki Challenge, I took it down from my Instagram account, so that people stop accepting the Kiki Challenge. I am not the one who advises people to take up challenge and kill themselves," Times Of India quoted her as saying. Niveditha participated in the fifth season of Bigg Boss Kannada which aired from 2017 to 2018.

The Bengaluru Police had reportedly banned the challenge in the state last week however their official warning went up on their Twitter page on Wednesday. "Kiki Challenge may get you a KICK OF LAW not KICK OF DANCE (sic)," the Bengaluru police wrote.

If you dance for #KikiChallenge on the roads,
We're sure of making you dance behind the bars!!

The Kiki challenge, which is now a global trend, is inspired by singer Drake's latest song In My Feeling. People around the world have been instagramming videos of themselves hopping out of slow moving cars and dancing next to it. The dance craze has been deemed dangerous after a few attempts went wrong.

Nia Sharma, Adah Sharma, Nora Fatehi and Kushal Tandon are among other Indian celebs who have posted videos of themselves attempting the Kiki Challenge.