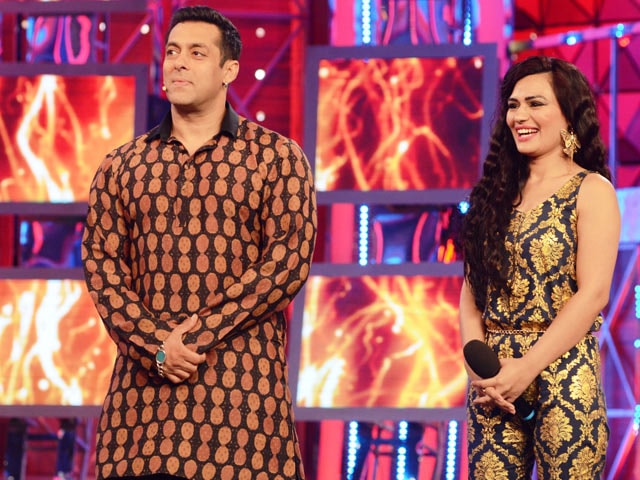 Renee and Salman Khan in a still from Bigg boss 8.

Renee's stint in the game show came to end after three week. Renee was the second wild card entrant (along with Dimpy Mahajan and Nigar Khan, who is also eliminated) and was up against Sonali Raut, Praneet Bhatt, Ali Quli Mirza and Upen Patel for this week's nominations.

After her eviction Renee said that among her unforgettable memories was when she became the captain of the house last week.

Promoted
Listen to the latest songs, only on JioSaavn.com
When Renee entered the house amidst she was touted to be the wildest contestant of the season. She came into limelight when she had a major fall out with the housemates by refusing to perform the luxury budget App Task last week. As a result Karishma Tanna couldn't meet her mother and most of the housemates went against Renee for the same.

Like every evicted contestant, Renee also got to drop the Bigg Bomb which allowed her to nominate two names to compete against each other in the race for the next captaincy, for which she chose Pritam and Praneet.