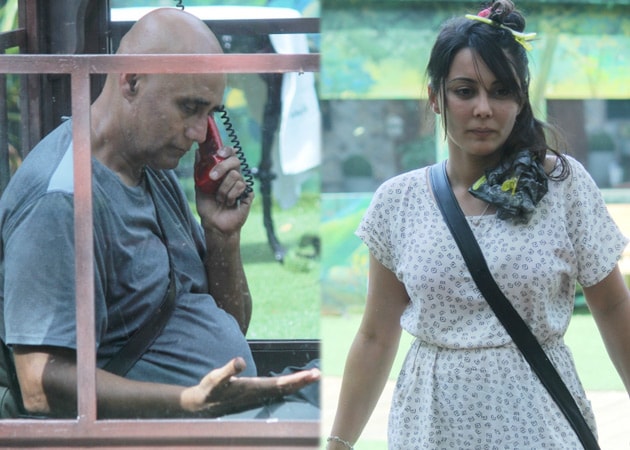 Celebrity reality show Bigg Boss brings out various shades of all the contestants in the house. In tonight's episode the events take a pleasant turn for actor Puneet Issar, who is touched by the humility and compliance of actress Minissha Lamba.

Actress Karishma Tanna, who became the first victim of the phone booth task and Mr X's game, passed the torch (rather the receiver) to Puneet. Like Karishma, Puneet also has to complete all the tasks given by Mr X in order to save himself from being directly nominated in next week's eviction process.

In his first task Puneet has to convince Karishma and model Diandra Soares to give their make-up material to Bigg Boss. After much persuasion and chats, which also involved RJ Pritam, Karishma gives in.

Next, Puneet was asked to convince actor Praneet Bhatt to steal actor Aarya Babbar and Sushant Digvikar's stuff toys, which are very dear to them. To Puneet's delight Praneet successfully completed the task.

Promoted
Listen to the latest songs, only on JioSaavn.com
This was apparently Puneet's most difficult task as Minissha and Puneet's mutual dislike is an open secret. However, the final task became the easiest for Puneet, as Minissha instantly agreed to help the veteran actor.

Puneet gets very emotional and breaks down seeing that despite their differences Minissha took no time to think, but helped selflessly to save him from nomination. He then added that this incident was a huge eye-opener for him.

Puneet is then asked to pick the next contestant for the phone booth task and he nominates Sushant. Towards the end of the episode Bigg Boss announced the result of the task and appreciated the team effort of all the housemates. 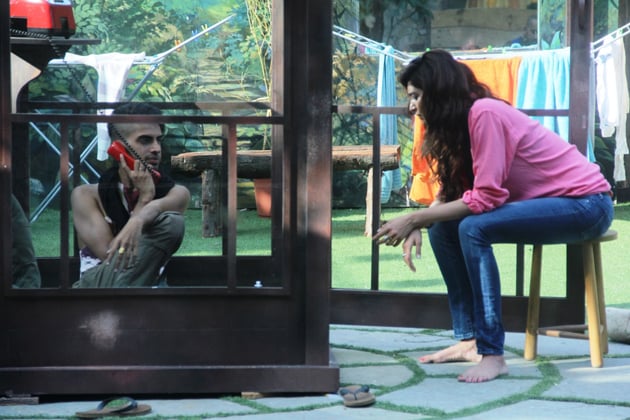