Bigg Boss 15: The fight between Jay Bhanushali and Pratik started when the latter hid the map inside the house that was given by Bigg Boss to junglewasis to survive outside the house for a few days 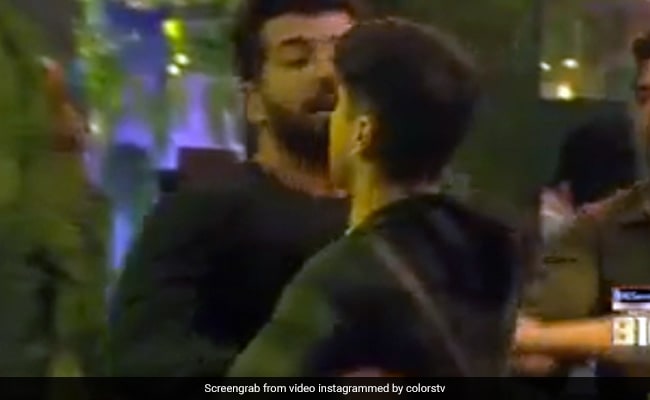 Bigg Boss 15: A still from the house. (Image courtesy: colorrstv)

Tonight's episode of Bigg Boss 15 showed the contestants fighting over the map of the house. The third day was spent looking out for the map and the three contestants of Bigg Boss OTT - Shamita Shetty, Pratik Sehajpal and Nishant Bhat - who are currently inside the house and have advantage over others, hid it to stop other housemates from winning the task and entering the house. For those who don't know, the new contestants are currently staying outside the house and they have been asked to find a map and build pathways to the main house if they want to stay in the show. Shamita Shetty, Pratik Sehajpal and Nishant Bhat are safe inside the house and they won't be eliminated until all contestants enter the house.

As the episode started, Bigg Boss introduced the first task and shared that two contestants have to rotate a wheel continuously, while another one has to stand in the pool during all that time to get a clue about the map. Shamita Shetty made plans with Pratik Sehajpal and Nishant Bhat about how to stop other housemates from winning the task. Karan Kundrra sat with Vidhi Pandya and Akasa Singh by the pool as they completed the task.

The fight between Jay Bhanushali and Pratik started when the latter hid the map inside the house that was given by Bigg Boss to junglewasis to survive outside the house for a few days. The other housemates decided to enter the house to search the map. They moved around beds and sofas to find the map and that agitated Pratik.

He stopped Jay and pushed him and that's when the ugly fight between them broke out. Jay abused Pratik, who then grabbed him by collar. After their physical fight, Bigg Boss punished Pratik for breaking a mirror by announcing that all the contestants of the house, including the ones from Bigg Boss OTT, can be eliminated this week.

Bigg Boss 15 premiered on October 2. The show airs on Colors TV at 10:30 pm. Watch this space for more updates on Bigg Boss 15.