Bigg Boss 14: Friday's episode ended with the housemates disagreeing with Abhinav and Rubina over cooking and chopping duties. 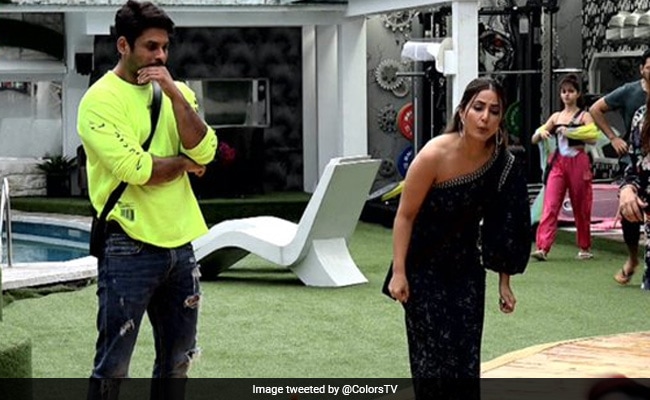 Friday's episode of Bigg Boss 14 began with the ongoing competition - Jasmin Bhasin and Nikki Tamboli were in the middle of the BB Mall task when Nikki got slightly aggressive and the whole situation turned into a wrestling match. Hina Khan, who was a moderator, declared that "I am clearly favouring Jasmi," which irked Siddharth Shukla, who claimed a moderator cannot be biased. Hina raised her voice and said: "Please let me do what I want to do." Once the task ended, Hina and Gauahar differed with Siddharth that it was a draw. They wanted to declare Jasmin as the winner as she had the torn baskets with her while Nikki simply had a few balls in her hands.

Siddharth retorted by saying Hina was being biased, to which she replied she was supporting Jasmin during the game but not when it comes to taking a decision. Both Hina and Gauahar lost thei cool when Siddharth called their decision "one-sided." The situation escalated as both Gauahar and Hina argued with Siddharth to make him understand their point. In the end, Siddharth agreed with the two but with much displeasure.

Right at this moment, Rubina Dilaik cheered for Jasmin and said "women power". These two words angered Siddharth further, who thought it was a dig at him as he gave in to Hina and Gauahar. Later during the day, Hina, Gauahar and Siddharth made up for the argument they had.

The contestants also participated in a task - Nikki was given the tag of Drama Queen while Rubina was Miss Confused. Jasmin got the title of Miss Nautanki while Pavitra was declared as Best Khiladi. All four of them had to dress up and style their hair in accordance with the titles assigned - Pavitra Punia won the task.

Friday's episode ended with the housemates disagreeing with Abhinav and Rubina over cooking and chopping duties. Watch this space for more updates on Bigg Boss 14.