"We are still in the process of finalising a date," said Rahul Vaidya 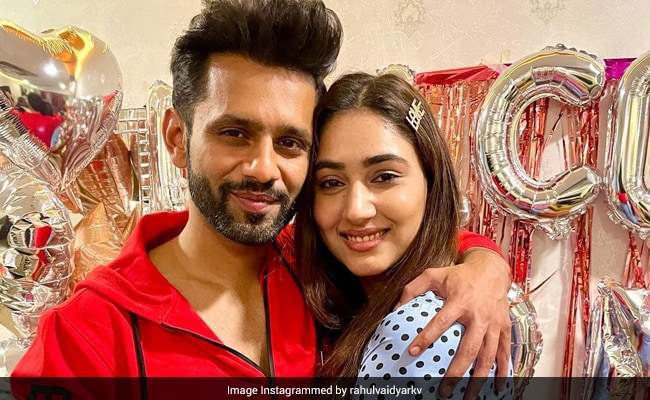 Rahul Vaidya, who confessed his feelings for Disha Parmar on the TV reality show Bigg Boss 14, is all set to marry the actress. The singer, in an interview with ETimes, said, "Marriage will happen in three to four months." Rahul proposed to Disha on Valentine's Day during the show and she said yes. While the couple has not fixed a date, the wedding will take place soon. "We are still in the process of finalising a date, but marriage will happen in three to four months," said the singer. He added, "Both of us are calm people. We aren't fussy at all. I have performed at a lot of weddings and have witnessed all the grandeur, which is why I would prefer mine to be simple and intimate. We will host a function for the fraternity later."

The singer proposed to actress Disha Parmar on her 26th birthday last year. Rahul was seen sporting a white t-shirt with "Marry Me?" written on it. Calling her the "most beautiful girl" he has ever met, Rahul proposed to her. The singer said that he has never been more "nervous" and added that he doesn't know what took him so long to ask. Rahul said that he will be waiting for Disha's answer. A few months later, on Valentine's Day, Bigg Boss sent the actress in the house. An excited Rahul Vaidya asked her once again if she would marry him and she said yes, with a placard in her hands and a smile on her face.

Rahul Vaidya became a household name after participating in the first season of the singing reality show Indian Idol. He has sung tracks like Do Chaar Din, Keh Do Na, Tera Intezaar, Aabhas Hai and Yaad Teri among others.