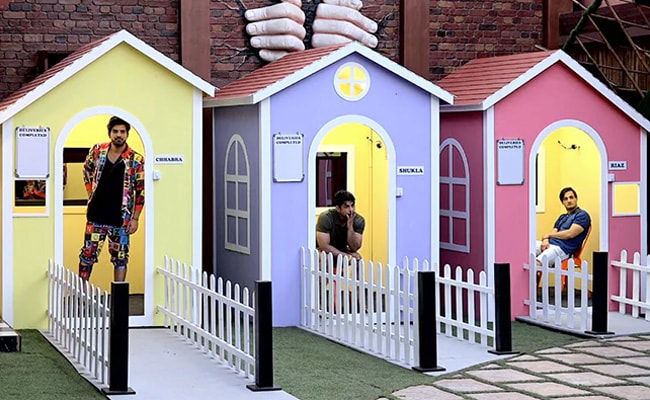 Wednesday's episode of Bigg Boss 13 was a rather interesting one. The episode began with Sidharth Shukla and Devoleena Bhattacharjee's fierce exchange of words, when Rashami Desai's Team unanimously decided to send the former to jail. Rashami Desai had loads to complain about Sidharth to Bigg Boss, which she said was her reason behind nominating Sidharth's name for jail. Asim Riaz was also nominated to be sentenced to jail when Bigg Boss asked them to spend the night behind bars until told otherwise.

Meanwhile, Rashami and Aarti Singh attempted to have a conversation about the misunderstandings anf fights they have had in the past but it only got messier. Aarti Singh accused Rashami of starting a rumour about her and Sidharth's alleged affair. Aarti said Rashami and Sidharth were being connected, so apparently Rashami put in Aarti's name, which infuriated Rashami, who eventually broke down while yelling at Aarti.

Paras Chhabra was the first one to place and order, followed by Asim and then Sidharth. Aarti Singh, Sana Khan and Mahira were chosen as the chefs for the first session but everybody appeared reluctant to prepare food for Sidharth Shukla. Devoleena was the delivery girl, who hand-delivered the food to Paras Chhabra and Asim Riaz. For the next session, Shehnaaz was the delivery girl and she delivered a chicken pizza to vegetarian Paras Chhabra as ordered and even ensured Asim Riaz got his food. Sidharth Shukla was snubbed both times.

Shefali Zariwala, who will soon join Bigg Boss 13 as a wild card contestant, was made to watch the happenings of the task from a secret room. "Why does nobody want to cook for Sidharth Shukla?" she wondered out loud during the end of the episode.

The Home Delivery task will continue on Thursday's episode. Watch this space for more updates on Bigg Boss 13.