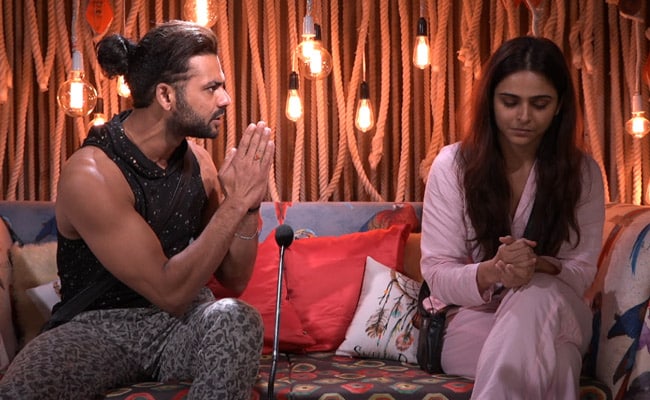 In the 99th episode of Bigg Boss 13, we saw how the relationship dynamics inside the house changed between Mudhurima and Vishal. The duo, who were trying to sort out things between them till now in the house, got into an ugly fight on tonight's episode. It all started when Madhurima, Rashami and Vishal were talking in the garden area. All of a sudden, Madhurima changed the topic of discussion and started talking about eliminations. She said Vishal has been in bottom two only once while she has always been in the bottom two. Vishal said she is jealous of him and the two got into a verbal spat. Things got out of hand when Madhurima hit Vishal with a slipper. They then hurled abuses.

After their fight, Vishal asked Bigg Boss to call him inside the confession room. He asked Bigg Boss to take appropriate step against Madhurima. Around mid-day, Bigg Boss called Madhurima and Vishal inside the confession room and asked them to resolve the fight. Vishal refused to take the suggestion and demanded justice against Madhurima's violent behavior. He said if no action is taken, he will quit the show and leave the house. In another part of the house, Sidharth annoyed Shehnaaz so much that she broke down in front of Aarti, Shefali Bagga and Asim.

Later, Bigg Boss discussed Madhurima and Vishal's issue in front of the housemates and asked the duo to mutually decide if anyone of them wants to make a voluntary exit from the show. Madhurima and Vishal tried to solve their differences but weren't successful in their attempts.