Bigg Boss Season 13 January 13 Update: The housemates discussed whether Shehnaaz Gill deserves to be a part of the 'Elite Club' 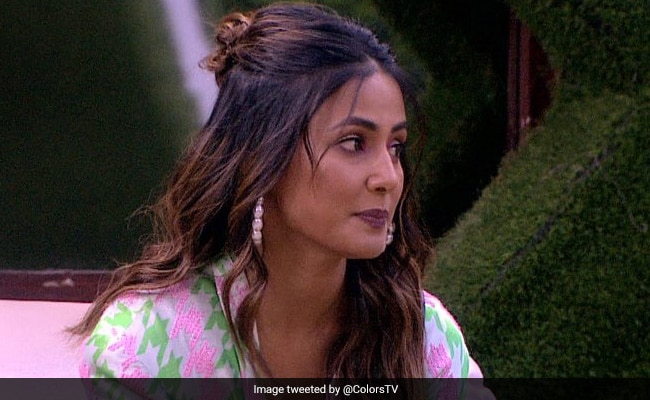 The Monday's episode of Bigg Boss 13 picked up where the Sunday's Weekend Ka Vaar episode ended. Salman, who entered the house to celebrate the success of the show with the contestants, got upset over Shehnaaz's behaviour. When Sidharth Shukla tried to bring Shehnaaz back in the house from the garden area to join to celebrations, she resisted. Salman then asked Sidharth to leave her there and come back in the house. When Shehnaaz tried to talk to Salman Khan about her wish to leave the house, he refused and said: "Badtameezi ki jagah nahi hai iss ghar mein (there's no place for misbehaviour in this house)." To this, Shehnaaz started crying and began apologising to Salman Khan.

A few minutes later, Aarti brought Shehnaaz inside the house and the latter said sorry to Salman Khan. Salman later joked with Shehnaaz and tried to tease her by taking her suitcase with him outside the house. He announced that none of the contestants will be eliminated this week and the voting will be continued till the next week. Before leaving the house, Salman Khan talked with Shehnaaz and asked her what is troubling her. She mentioned that she's hurt over how Sidharth ignores her. He gave her examples of his sisters Alvira Khan Agnihotri and Arpita Khan Sharma and said they have never reacted with so much immaturity in their whole life and asked Shehnaaz to act maturely and "command" respects from others not "demand" it.

The next day, the housemates woke up to the track Jabra Fan. While Shehnaaz and Sidharth spent most of their day alone and isolated from others, Madhurima and Shefali's fight emerged as the highlight of the day. It all started when, in the evening, Aarti and Shefali decided to make bhajias for everyone and requested Madhurima to wash the vessels as part of her duty. However, she refused and said that she won't do her duty alone as no one has been announced as the captain of the house. This led to a major fight between the trio. In another part of the house, Shehnaaz approached Sidharth and put in all her efforts to get him back to normal after he expressed his displeasure over her "immature" behaviour. She confessed to him that she loves him and wants him to be by her side no matter what happens.

The 107th day in the Bigg Boss house started on a good note. How, you ask? Well, to start with, Shehnaaz and Sidharth, who were trying to sort out their differences till now, were seen sharing mushy moments. The duo hugged each other. Shehnaaz once again confessed to Sidharth that she loves him and asked him to say "I love you too" back to her.