Bigg Boss 13: Aarti and Sidharth got emotional on watching their respective journeys in the game 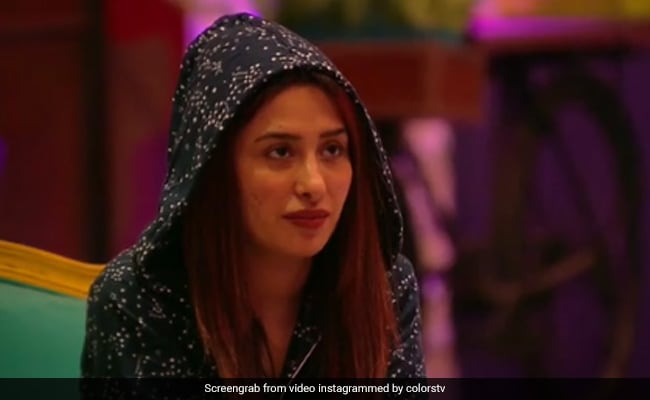 Bigg Boss 13: Mahira Sharma in a still from the show. (Image courtesy: ColorsTV)

In tonight's episode of Bigg Boss 13, Mahira Sharma was evicted from the show just a few days before the finale. Shehnaz Gill, Aarti Singh and Mahira were unsafe this week. Vicky Kaushal, who visited the Bigg Boss house for the promotions of his forthcoming film Bhoot Part One: The Haunted Ship, announced the result. Mahira's close friend Paras Chhabra got extremely emotional as he wished her goodbye. An emotional Mahira met all the contestants before leaving and wished them luck for the finale.

In another segment of the show, Bigg Boss showcased the journey of all the contestants in the show so far. After surviving through all the highs and lows, the top 6 contestants got a chance to relive their entire journey. The contestants' fans and supporters cheered for them on the sides as their journeys in the game were presented. Aarti was the first one to see her journey. When her video was showcased she got extremely emotional and thanked Bigg Boss for the exceptional experience. Tears rolled down her cheeks when she saw old montages being flashed onto the screen. Bigg Boss lauded Aarti as one of the most "independent" contestants on the show.

The second in the line-up was Sidharth Shukla, who was given the title of "Badshaah" of the Bigg Boss house. The Balika Vadhu actor got emotional as he watched his journey and relived every moment. The remaining contestants will watch their journeys in the house in tomorrow's episode.