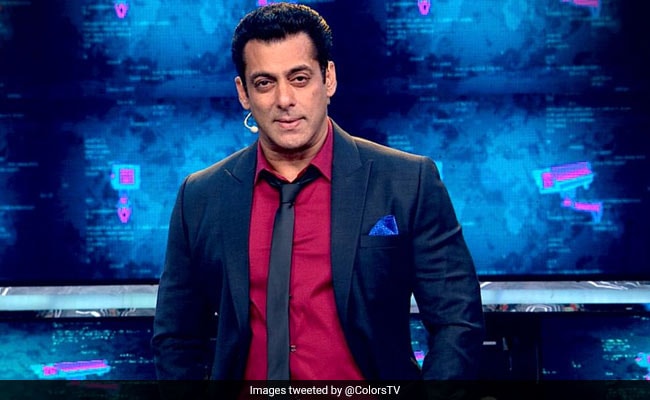 The wait is finally over! Popular reality show Bigg Boss returned to the small screen with a bang on Sunday night. The grand premiere turned out to be fun and with a host like Salman Khan, this hardly comes as a surprise. Salman made a grand entry on the show to upbeat track Slow Motion Mai. He added that for the first time in the history of the show, everything will happen in "express mode" i.e. fast motion. He informed the viewers that the "First finale" will take place in a month. After a little chit-chat, host Salman Khan introduced the first contestant Siddharth Shukla and the actor made his entry dancing to track Kisi Ke Hath Na Aega Ye Ladka. Writer Sidhharth Dey and Paras Chhabbra were the other two celebrities to follow him.

Music composer Abu Malik, who has worked with Salman Khan in his several films, was also welcomed on the show.

This time, it was different as the male contestants were asked to wait in the display room before entering the Bigg Boss house. Taking the show ahead, Salman Khan introduced the fifth contestant Asim Riaz, a model from Jammu and Kashmir.

Television actress Mahira Sharma was the fifth contestant, who was welcomed by Salman Khan. Mahira made her entry dancing to Kareena Kapoor's popular track Tareefan. Salman later introduced the new concept of BFF (Bed Friend Forever) to her and asked her to choose her BFF band. When Salman asked Mahira with whom she wants to go on a date, she pointed towards Siddharth Shukla and said: "Ye gentleman lagte hai." Mahira Sharma will take care of the 'bathroom duty' in the Bigg Boss house and she picked Asim Riaz as her partner to perform the duties. Mahira was the first contestant to enter the house.

Seventh contestant Devoleena Bhattacharjee set the stage on fire with her groovy moves to the track Aashiq Banaya Aapne. Salman teased Devoleena about dating a contestant in the house after she said will only make "friends" in the house. She was allotted the 'kitchen duty' and for this, she picked Siddharth Shukla as her cooking partner. While the male contestants were waiting in the display room, Devoleena entered the house.

Rashami Desai, who became a household name after her breakthrough role as Tapasya in Uttaran, made her entry dancing to the track Kamariya Hila De. Salman asked Rashami about her wedding rumours to Arbaaz Khan's son Arhaan Khan. To this, she replied that there's nothing like that and she's not dating him. Rashami was assigned the 'kitchen duty' and she picked Siddharth Shukla as her partner. To Rashami's surprise, Siddharth is also her BFF in the house. Rashami and Siddharth have played reel husband and wife on TV show Dil Se Dil Tak.

Other contestants like news anchor Shefali Bagga and singer-actress Shehnaaz Kaur Gill, who calls herself Punjab ki Katrina Kaif, were introduced by Salman Khan later. While Shehnaaz and Paras Chhabra were allotted ''rationing duty,' Shefali was given the 'garden and pool duty' and she picked Sidhharth Dey as her partner.

Salman Khan welcomed the next contestant Dalljiet Kaur on the show. He asked her if she is ready to be in a relationship again and her answer was "yes." Dalljiet was previously married to TV actor Shaleen Bhanot. Dalljiet Kaur and her partner Siddharth Shukla were allotted the 'bedroom duty'.' Before entering the Bigg Boss house, Salman welcomed her son Jaydon on the show and the mother-son duo performed to one of Salman's songs.

The much-awaited performance by actress Ameesha Patel made the premiere a memorable night. Bigg Boss ke ghar ki raani Ameesha said she has researched a lot about the contestants. She started with Paras and went on to reveal secrets about other contestants also. Salman and Ameesha took the 'first selfie' of the first day of Bigg Boss.

Actress Koena Mitra, 12th contestant of Bigg Boss 13, was welcomed by the host and she was assigned the 'living room duty.' After Koena picked Siddharth as her partner, Salman asked her to give a chance to all other male contestants also. After a pole dance competition, Koena picked Asim Riaz as her duty partner.

13th contestant Aarti Singh made an entry with her actor brother Krushna Abhishek on the show and it wouldn't be wrong to say that Salman and Krushna pulled her leg on the show a lot. Aarti and Paras were assigned the 'dishwash duty.' Later, all the male contestants also entered the house and met their BBFs.

Bigg Boss 13 will be aired on the weekdays at 10:30 pm on Colors TV. For those who didn't know, the makers have this year shifted the sets of Bigg Boss from Lonavla to Goregaon Film City.