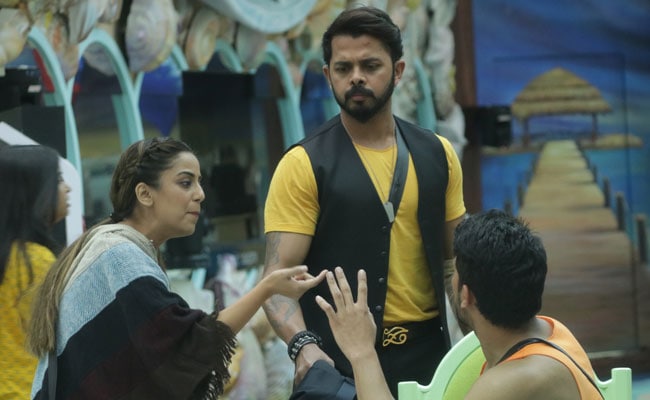 Sreesanth is the new captain of the house

After an intriguing episode of Bigg Boss 12 on Thursday, in which the Sreesanth was appointed as the new captain of the house, it's going to be yet another day filled with thrills and chills. Following his appointment as the new captain of the house, Sreesanth extended an olive branch to Karanvir Vohra in last night's episode. However, tonight, Sreesanth will nominate Karanvir for Kaalkothri, which will again trigger a fight between them. Sreesanth's decision will upset Dipika Kakar and she will have an altercation with him. Dipika will tell Sreesanth that he is absolutely wrong in sending Karanvir to jail since has done no wrong.

Phew! That looks a like a dramatic first day of captaincy for Sreesanth, isn't it?

Meanwhile, Srishty Rode will have an ugly fight with Jasleen Matharu over hygiene issues. Srishty will lose her calm and start shouting at Jasleen and the other contestants will have to intervene to stop their argument.

Bigg Boss will announce an interesting challenge called the Maybelline New York Makeup challenge. The challenge will be given to Jasleen, Srishty and Saba as a part of which they will have to look their best and try to woo Rohit. Bigg Boss also mentions that the winner of the task will be given a crown and a chance to dance with Rohit. Srishty Rode wins the challenge and will get to share the stage with Rohit.