Bigg Boss 12, Day 86: 'Jinn Ki Gufa' Task Will Test The Bond Of All The Housemates 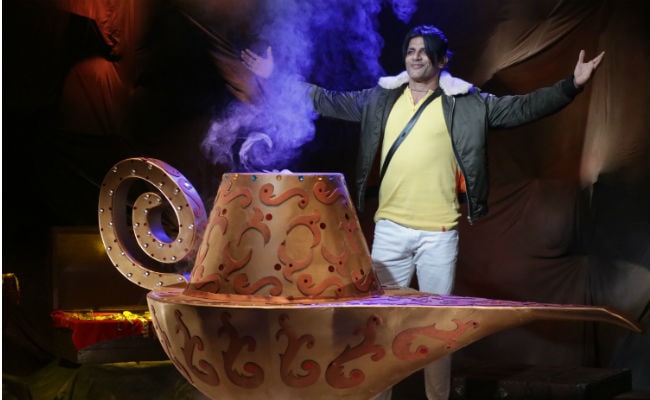 Karanvir Bohra in a still from Bigg Boss 12.

Going by the promo video shared on the official Twitter account of Colors TV, Gangs Of Wasseypur singer Deepak Thakur will request Karanvir Bohra to destroy the pink soft toy that the TV actor brought for his daughter. Somi Khan, who doesn't share a cordial relationship with Rohit Suchanti, will be seen requesting Rohit to nominate himself for the rest of the season.

The Genie's lamp is the only path that'll save the housemates from this week's nominations. Will the contestants be able to sacrifice something significant and rescue themselves? Find out tonight on #BB12 at 9 PM. #BiggBoss12pic.twitter.com/9paGo3Ue7S

It wouldn't be wrong to say that the biggest highlight of the show will be the segment in which Dipika Kakar will be asked to destroy the leather jacket that was gifted to her by husband Shoaib Ibrahim, when he came to meet her in the house. Interestingly, Dipika will be challenged by her friend Karanvir Bohra, while Deepak will be asked to destroy his family photograph, in order to save his friend Rohit.

It will be interesting to see if the contestants will be willing to give up their prized possessions in order to save their friends.