The second phase of the luxury budget task, 'BB Poultry Farm', will continue in tonight's episode 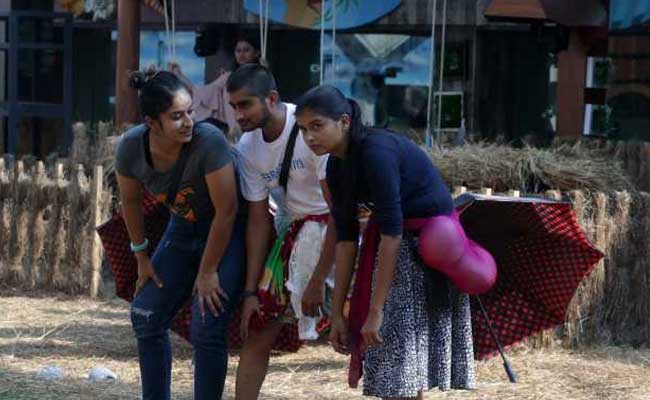 The second phase of the luxury budget task, 'BB Poultry Farm', will continue in tonight's episode. Megha Dhade and Karanvir Bohra are the moderators as well as competitors for this week's luxury budget task. After an intense battle yesterday, contestants are expected to put up an equally riveting fight tonight. Romil, Shivashish, Sreesanth and Jasleen are already out of the contention. The fight will continue among the remaining contestants. For the uninitiated, the luxury budget task will have a simultaneous effect of this week's captaincy as well as the nominations. In tonight's episode, the main highlight will be the changing equation among the contestants.

Srishty Rode and Sreesanth's friendship appears to be tainted, courtesy Jasleen Matharu. Srishty is extremely upset with Sreesanth for supporting her rival Jasleen during agreements. After a heated argument with Deepak, Urvashi was left in tears. She cried saying that people are attempting to separate her from Deepak. Deepak will try to console her and try to make her understand that she needs to up her game but to no resort.

During the task, Surbhi will get into an argument with Karanvir. Surbhi will express her dislike for Karanvir and will taunt him about the fact that his friends did not stand by. Bigg Boss will announce the winner of luxury budget task, who will be competing for the captaincy task.

Meanwhile, wild card entrants Rohit Suchanti and Megha Dhade will be seen discussing their strategies for the game and their opinions about the contestants. Will the former winner of Marathi Bigg Boss, Megha Dhade, be a threat for the Bigg Boss contestants? That will be something very interesting to see in the coming episodes.

Watch this space for more updates on Bigg Boss 12