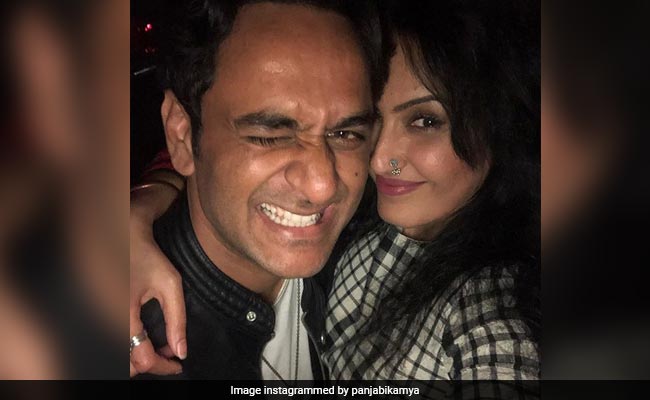 New Delhi: Bigg Boss 11 contestant Vikas Gupta did not win the show but he stepped out of the house to resume his life away from the prying eyes of the cameras with a big fat party. Vikas, who became the second runner-up of Bigg Boss 11 was spotted partying with friends Kamya Panjabi and Bigg Boss 10 winner Manveer Gurjar. Kamya supported Vikas Gupta throughout the show and after the game they partied together - the photos of which were shared by Kamya and Manveer on social media. Posting a super cute selfie with Vikas, Kamya wrote: "My winner @lostboyjourney #lastnight" while Manveer posted a video, in which the duo can be seen dancing like no one's watching and showing us some Bollywood jhatkas-matkas.

The party mood is already set. Are you ready?

After the Bigg Boss finale, we also saw this season's winner Shilpa Shinde grooving to the beats of Radha Teri Chunri.

Earlier, Kamya had also asked everyone to vote and support her friend Vikas Gupta in the show. She posted this for Vikas.

Of not winning Bigg Boss 11, Vikas recently told Hindustan Times: "I always thought I will reach top two. Shilpa Shinde was popular as she has been working for 15 years and my public image was made in just 105 days. But you know that you have played a sensible game, so when Hina Khan (first runner-up) entered the finale I felt bad for a moment. One shouldn't forget that Hina has also worked in top shows for eight years."

Promoted
Listen to the latest songs, only on JioSaavn.com
Vikas Gupta played his game really well in the show. He was called the 'mastermind' of the house as he won many tasks this season with his tricks and strategies. He had innumerous fights in the house with contestants like Hina Khan, Akash Dadlani and Shilpa Shinde. Vikas was one of the producers of Shilpa's show Bhabi Ji Ghar Par Hai!.

In the last task of Bigg Boss 11, Vikas won Rs. 6 lakh, which he has decided to divide between contestants Jyoti Kumari and Arshi Khan.