"I would request everyone to please keep me out of this flip PR drive," says Vikas Gupta 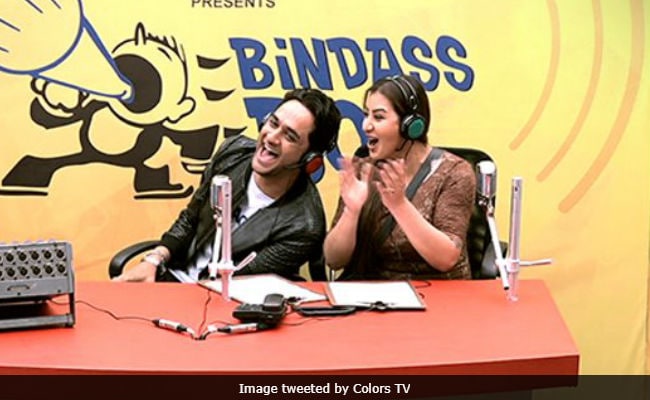 New Delhi: Bigg Boss 11's Vikas Gupta refused to comment on Shilpa Shinde's accusations, which stated that he along with his Babhi Ji Ghar Par Hain! team had filed a criminal case against her, reports Indian Express. In a recent interview to Mumbai Mirror, Shilpa Shinde said that Vikas had filed a criminal case against her as soon as he came to know that she was going into Bigg Boss. Of this, Vikas said, "I really don't want to believe all this and neither do I want to comment on any of these stupid things. Bigg Boss is over and it has ended with grace. Why dig up old graves now? I would only request everyone to please keep me out of this flip PR drive," reports Indian Express.

Vikas further told Indian Express: "I just want to keep the positivity between us and pray that god gives Shilpa a lot of happiness. I have nothing more to say."

Vikas Gupta and Bigg Boss 11 winner Shilpa Shinde were bickering even before they entered the Bigg Boss house and inside too their old bone of contention - Shilpa's ouster from her show which was produced by Vikas - cropped up in each of their fights.

Earlier, Shilpa had accused Vikas of siding with the co-producers who tormented her while Vikas alleged that Shilpa was not a professional.

Promoted
Listen to the latest songs, only on JioSaavn.com
Vikas and Shilpa later became friends inside the Bigg Boss house and in one of the tasks, Shilpa also promised Vikas that she will work with him again in future. Of this Shilpa told Indian Express: "We have spoken about working in a web-series but it will be just a cameo or a small appearance. It won't be a long association."