Bigg Boss 11: The housemates will have a new captain of the house today 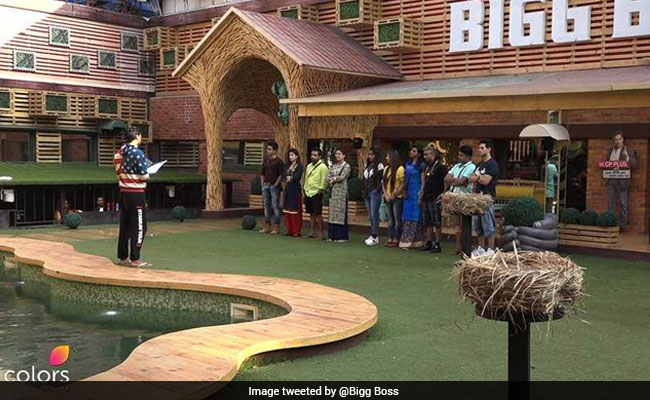 New Delhi: You'll definitely love today's Bigg Boss 11's episode, which will be full of fun tasks. The first task will be 'The Garnier Man Oil Clear' Task. In this task, three pairs will participate - Priyank Sharma - Benafsha Soonawalla, Puneesh Sharma - Bandgi Kalra and Akash Dadlani - Arshi Khan. The three pairs will cross the task full of hurdles. In the first phase, the men will cross three obstacles and their partners will clear their face. The pair, which will take the minimum time to overcome all the obstacles, will be declared as the winner. Bigg Boss' official page reports that all the three teams will give their best in the task but Akash and Arshi will take the least time. Akash will rejoice and will go crazy (as always) with happiness.

Who will win the @TheGarnierMan Oil Clear task? Find out tonight at 10:30pm only on #BB11! #BBSneakpeekpic.twitter.com/FoCGUtifDt

The next task is this week's much-awaited captaincy task. Sabyasachi Satpathy aka Shaggy Da along with Bandgi and Akash were nominated to be the next captain after this week's luxury budget task. The three of them will be given a nest and they will have to convince the other housemates to put an egg in their respective nests. Each gharwala will be provided with one egg. The person with the maximum eggs at the end of the task will become the new captain of the house.

Akash Dadlani & Puneesh Sharma's friendship is at stake over the captaincy! Find out more about it tonight at 10:30pm! #BB11pic.twitter.com/l75kb6MRUl

Because Bandgi (Puneesh's love in the house) and Akash (Puneesh's good friend) are competing for the captaincy, it will raise some fights between Puneesh and Akash.

Will Akash convince Hina to put eggs in his nest? Who do you think will be the next captain of the house? Tell us in the comment section below.
Comments
bigg boss 11Bigg Boss 11 Akash Dadlanibigg boss 11 captaincy

Here's What Kabir Singh Would Have Done During Lockdown, Per Shahid Kapoor