Mouni Roy will be a special guest on Salman Khan's show 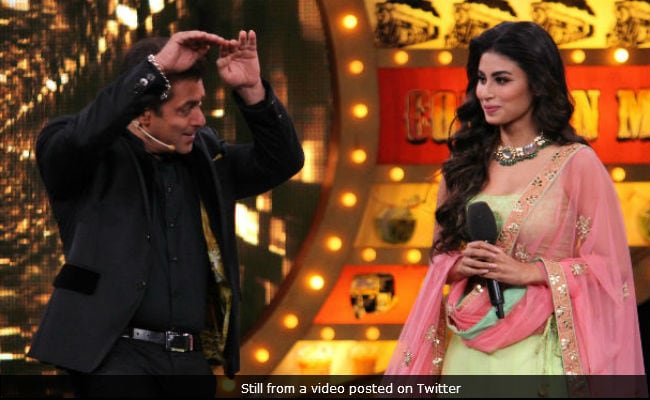 New Delhi: Each day Bigg Boss has something special in store for us. After Salman Khan's Tiger Zinda Hai co-star Katrina Kaif, it is now time for TV's most favourite actress Mouni Roy to share the stage with host Salman Khan in this week's Bigg Boss Weekend Ka Vaar episode. Of Naagin actress Mouni being a special guest on Salman's show, a source told Indian Express: "With the festive season here, Mouni will add magic to the show with her charm and performances. She will put up a grand act on the stage and will also get Salman to shake a leg with her. The two will also indulge in some fun activities on the stage."

Earlier, Mouni featured with Salman in Bigg Boss's teaser with a theme padosi. There is no confirmation on whether Mouni will also enter the Bigg Boss house and meet the contestants but the source revealed that Mouni will have an interactive session with the gharwale. Reports also say that Mouni will kick start Salman's birthday celebrations (which is on December 27) on the show. Excited much?

Promoted
Listen to the latest songs, only on JioSaavn.com
Apart from some fun and masti, one contestant among Luv Tyagi, Hiten Tejwani, Shilpa Shinde and Priyank Sharma will leave the house on Weekend Ka Vaar episode.

On the work front, Mouni Roy will make her big screen debut with Akshay Kumar's Gold. Mouni will also play a pivotal role in Alia Bhatt, Ranbir Kapoor and Amitabh Bachchan's much-awaited film Brahmastra while Salman Khan is all set to meet you at the theatres on December 22 with his much-talked about Tiger Zinda Hai, co-starring Katrina Kaif.