Bigg Boss 11 December 24: Salman Khan will bring a Weekend Ka Vaar special episode, in which the housemates will both be mock punished and have a fun time with each other 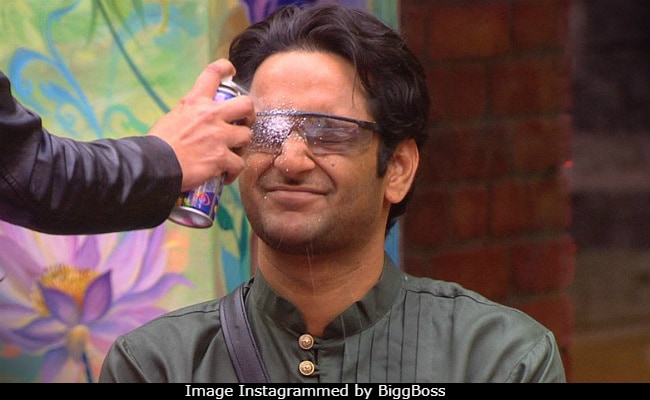 Bigg Boss 11 December 24: A still from the show (courtesy BiggBoss)

New Delhi: Tonight's episode of Bigg Boss 11 will see Salman Khan bring a Weekend Ka Vaar special episode, in which the housemates will both be mock punished and have a fun time with each other. As part of the task, Salman will share statements made by the housemates about each other and the actual task for the contestants is to guess who it is. Once guessed, the person about whom things are being said, will get the opportunity to spray of the speaker's face. The first statement was for Vikas Gupta and Priank Sharma and they guess it could be Luv Tyagi or Puneesh Sharma. Soon, Vikas sprays foam on Puneesh's face.

The next statement was about Shilpa Shinde, who guesses the speaker to be Vikas and sprays on Vikas' face. Hina also gets to hear a statement about herself but then is left wondering about who it is actually.

Promoted
Listen to the latest songs, only on JioSaavn.com
Mika Singh will also enter the Bigg Boss 11 house as Santa Claus and have a blast with the contestants. He will also bring along a fun task for the contestants - Mika will sing lines of his own tracks and ask the contestants to choose one housemate, who they want to dedicate the song to. In the end, all the contestants sing along with Mika as part of Christmas celebrations!

Vikas Gupta, Priyank Sharma and Hina Khan have made direct entries to the Bigg Boss 11 semi finals. The other contestants who remain strong in the game are Shilpa Shinde, Akash Dadlani and Luv Tyagi.