Bigg Boss 11: After his exit from the show, Hiten Tejwani spoke about his fellow contestants, saying: "Quite a few of them are fake on the show" 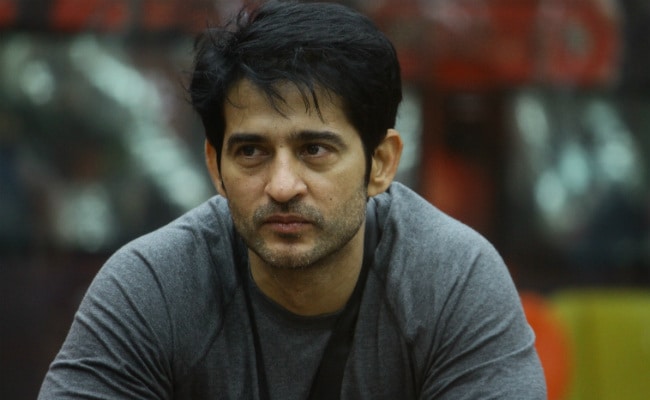 New Delhi: Bigg Boss 11 always has surprises up its sleeve - some pleasant and some not so great ones. One such example was Sunday's Weekend Ka Vaar episode, in which Hiten Tejwani, the much-loved 'bhau' of the house, was eliminated from the show. Of the four nominated contestants - Priyank Sharma, Shilpa Shinde, Hiten and Luv Tyagi - Priyank and Hiten were in the bottom two. As a first-time stunt on Bigg Boss 11, Hiten and Priyank were sent to a secret room while the remaining contestants - Vikas Gupta, , Shilpa Shinde, Hina Khan, Arshi Khan, Aakash Dadlani, Luv Tyagi and Puneesh Sharma were to unanimously decide who to be evicted.

It came as a shock even to Priyank, when Hiten was announced to be eliminated from the show. Show host Salman Khan also appeared visibly upset with the decision and told Hiten, he's been evicted as he was a strong contender.

After his exit from the show, Hiten spoke about his fellow contestants, telling PTI: "Quite a few of them are fake on the show. People do things to be noticed." Hina Khan, to be precise: "I think Vikas Gupta is good on the show, I still feel, Hina Khan is fake, Aakash changes his colour depending on which group is in the majority. Priyank and Luv do not seem to exist in the house," PTI quoted him as saying.

The housemates are shocked as they learn that they have to decide who to evict. #WeekendKaVaarpic.twitter.com/Ugzpwrbenj

Earlier this month, Hina Khan, who quickly became one of the most trending and criticised contestants of the Bigg Boss 11 house, also had picked a fight of sorts with Hiten. During a heated exchange of words, she referred to the message Hiten's wife Gauri Pradhan had sent him during the initial days of the show. Hina's move was condemned by Gauri during a surprise visit on the show, saying it was not for everyone to analyse because it's personal. Hiten Tejwani and Gauri Pradhan married in 2004 and are parents to two children.

Hiten, who had once saved Shilpa in the eviction sessions, is aware of the negative votes he's received and said he did not expect "Shilpa to return the favour" but did not expect to be ousted from the game either. "It (eviction) came as a shock to me. I deserved to be in the house as compared to some of them like Priyank and Luv. I think I was a threat to the other contestants. I feel people were waiting to chuck out the strong contestants," PTI quoted him as saying.

Hiten also added the he would love to be back on the show because: "I have played my game my way and I was the same on the show as I am in real life. I think, may be, I did not get into dirty games, so I was out. This game is such that all those inside the house would want a strong contender to be out. I never did anything wrong to anyone, everyone respected me on the show and I respected all of them."