Bigg Boss 10: Swami Om Returns And No One Looks Happy 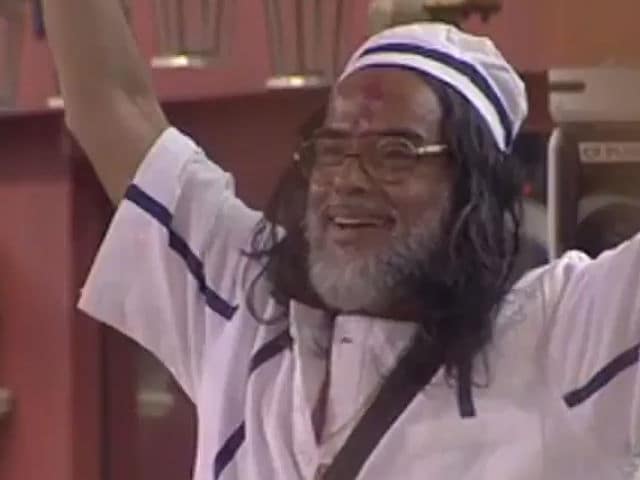 New Delhi: Swami Om will return to Bigg Boss' house after a short duration in the episode which will air on January 3. The self-styled godman was asked to leave the house temporarily due to some personal circumstances in the January 2 episode. However, he returns while the other contestants get busy with the next captaincy task. With eight contestants struggling to co-survive, Bigg Boss is making new rules and adding twists like never before which is testing everyone. In tonight's episode contestants will be asked to make a choice between becoming the next captain or increase the prize money.

Before Swami Om enters the house, the contests devise a strategy and try to maximise the amount. Due to the overall weak performance of the contestants not much has been added to the sum which one of them will win when show concludes. In addition, Swami Om let Bigg Boss deduct Rs 10 Lakh from the prize money to save himself from two consecutive nominations earlier. And tonight, not much has changed in Swami Om's attitude, who will risk the prize money again in his greed to become the next captain.

#OmSwami is back in the #BB10 house & looks like his entry is going to be a trouble siren for the other housemates! Tune in at 10.30PM! pic.twitter.com/x47gO39l2g

Promoted
Listen to the latest songs, only on JioSaavn.com
In the episode which aired on January 2, Swami Om refused to nominate himself and requested Bani to make the sacrifice instead because he feels she has more supporters. Swami Om has little (maybe mothing) to actually contribute in the overall wellness of the house - something which no contestant viewer or even host Salman Khan has ever missed.