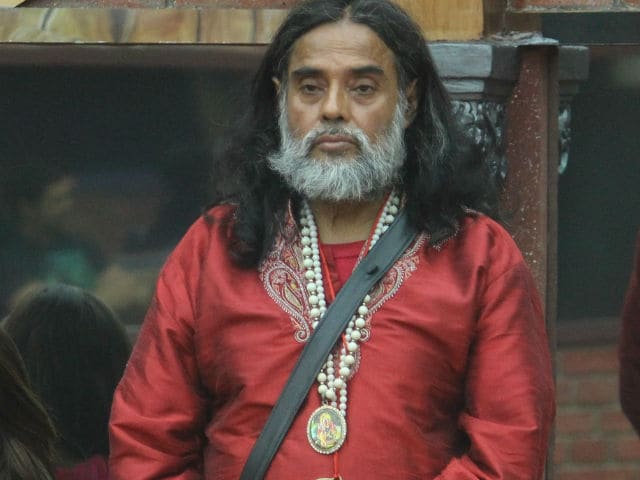 New Delhi: Bigg Boss 10 contestant Swami Om, self-styled spiritual guru, is always in the news - sometimes for his comic behaviour but usually for the outrageousness of the things he says. He's made some absolutely misogynistic remarks about co-contestant Monalisa. For example, Swami Om was named the weakest link in the recent luxury budget task, Lock Down, by his team for losing points and not obeying the rules. He also infuriated celebrities like Rahul Dev, Lopamudra Raut and Rohan Mehra by slut-shaming Monalisa. But this story is about those moments when Swami Om was caught doing funny things on Bigg Boss' camera, who decided to turn them into GIFs.

Here are five GIFs featuring Swami Om on Bigg Boss which will make you ROFL:

Monalisa, who Swami Om first addressed as his 'premika' and, after she abused him, then slut-shamed her, be like:

Lokesh Kumari, who generally doesn't care what Swami Om's upto, be like, 'Is this man for real?'

We saved the very best for the last, host with the most Salman Khan:

Apropos of nothing, these are possibly the only 12 people in the country who still don't know that much of their cash is useless. Cut off from the world and the news, the Bigg Boss contestants haven't yet heard of Prime Minister Narendra Modi's currency ban.