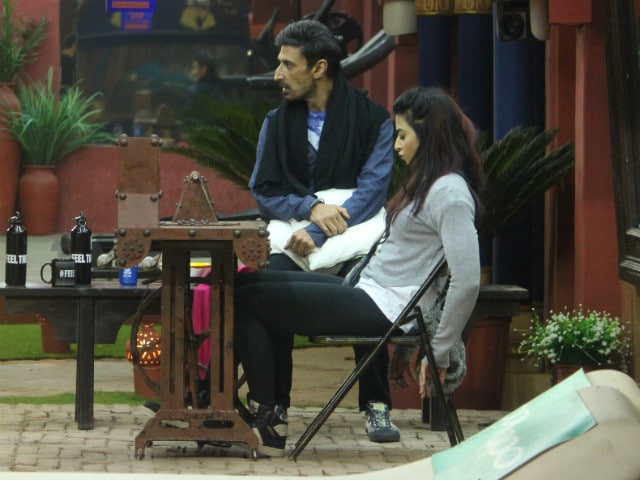 New Delhi: Talking, walking, laughing English will do nobody any good in the Bigg Boss house because Bigg Boss utterly, utterly frowns on angrezi-speaking and just punished three contestants for breaking this rule.

Day 18 ended with VJ Bani, Gaurav Chopra and Rahul Dev being handed a task that kept them up all night for speaking in English. As per usual, it ended in drama and tears (Bani's) and today, a day later, Twitter has much to say about this linguistic recalcitrance.

A lone user suggests that it wasn't English that offends but the foul language used:

Bani, who appears to be fairly unpopular, has been singled out for scorn:

#BB10 Bigg Boss punished Bani for speaking English ; still she is not relenting and speaking the same language..This kind of behaviour is

Gaurav was resting on bed while the punishment and bani was still speaking english.. What comedy is going in name of task #bb10@BiggBoss

But not everyone is against her:

Arey yaar @BiggBoss .. everyone speaks English in the house! Not only these three. Bani is still wounded and you have no humanity. #bb10

Lopa speaks in English a lot too! #BB10

Bani's misdemeanours aren't the only topic of discussion online. Two other contestants - Lopamudra Raut and Mona Lisa - went for a swim in the pool which, apparently, stopped both the Bigg Boss house as well as Twitter in its tracks. 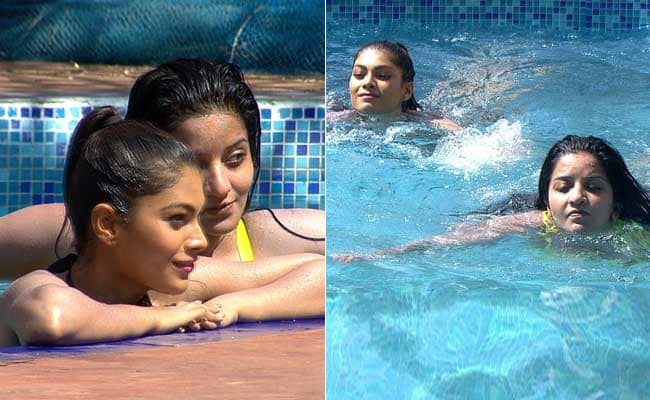 Among some tweets from those easily shocked was this person outraging over Swami Omji's gawking at the two swimsuit-clad women:

Baba!!!!!! I dnt even find him funny...he is plain gross..shamelessly ogling at lopa n mona swim in the pool @BiggBoss#BiggBoss10

At least someone other than us is outraged.

Promoted
Listen to the latest songs, only on JioSaavn.com
Bigg Boss, the Indian version of the international reality show, is now in its tenth season and is hosted by actor Salman Khan. This is the first year that non-celebrity contestants are in the house.

Australian TV personality of Indian-origin Priya Malik told NDTV, "I feel that Bigg Boss in India is way more dramatized and is driven more towards entertainment." Priya has been on both Bigg Boss and Big Brother Australia and is rooting for VJ Bani.

Easy To See Why Rashami Desai Is Trending. The Internet Loves Her Beach Pics