Bigg Boss 10: Monalisa And Gaurav Chopra In The Jacuzzi - Wait. What? Why? 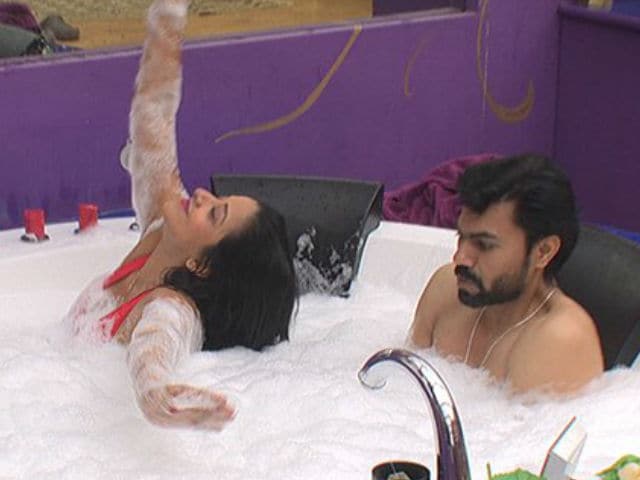 New Delhi: Monalisa and Gaurav Chopra's Jacuzzi sequence became quite the talk of the Bigg Boss 10 house and outside after the December 13 episode. Bigg Boss announced a new luxury budget task, in which the contestants were given assignments and had to vote for who would do what. But they did not know that the actual puppeteers of the task were two secret contestants - Manu Punjabi, who returned after his emergency exit from the house, and Priyanka Jagga, whose eviction was staged last week. In one of the tasks, Bigg Boss asked the housemates (read Manu and Priyanka) to decide on a pair who would bathe in a Jacuzzi for 30 minutes every day until Bigg Boss reverses the order. The choice was between Swami Om and Lopamudra Raut and Gaurav Chopra and Monalisa. Bigg Boss 10: Manu and Priyanka are the puppeteers of the luxury budget task.

Gaurav Chopra and Monalisa, decided Manu and Priyanka. And thus they entered, amidst wolf-whistling and oblique puns aimed at the two from the other contestants. Manveer Gurjar playfully added shampoo to the Jacuzzi as the others - Swami Om, Nitibha Kaul, Lopamudra Raut, Bani J, Rahul Dev, Rohan Mehra - couldn't stop laughing. 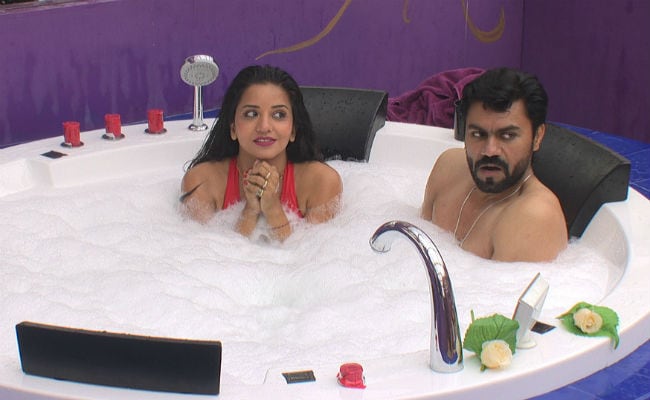 Gaurav entered that Jacuzzi and exclaimed that the water was cold, which Monalisa corroborated. Soon, they splashed water onto each other and then Monalisa started dancing to Ang Laga De and Aaj Phir Tumpe Pyaar Aaya Hai. What for? Manu, who assigned the task to Monalisa, looked upset and Priyanka egged him on saying she'd be singing a different tune when he returned to the house. The Jaccuzi task ended for the day and both Monalisa and Gaurav stayed put for 30 minutes, therefore they, at least, did not lose any luxury budget points.

A day before the episode aired, Gaurav's brother, who is outside Bigg Boss home, had a task too. He shared on Twitter:

Biggest worry now is how to stop mom and dad from watching tomorrow's episode. #gauravChopra and Mona in the tub #BB10

Promoted
Listen to the latest songs, only on JioSaavn.com
Manu and Priyanka also took some hard-hitting decisions in the episode which aired on December 13. They banned Bani from using the gymnasium and asked Rohan to submit all his belongings to Bigg Boss. Manveer (not Priyanka) showed his reasonable side by letting Lopamudra use the washroom of the house instead of the jail, as suggested by Bigg Boss.

In tonight's episode, Manu and Priyanka will decide if Rohan's captaincy ban should be removed or not and will also confront their erstwhile friends and best-wishers.