Bigg Boss 10: Bani in a still from the show

New Delhi: Swami Om is back to being mean to contestants on reality television show Bigg Boss 10. His currently target is VJ Bani. In tonight's episode Swami Om will launch a verbal attack on Bani targeting her mother, again uncalled for and unjustified at all costs. Bigg Boss announces the new task for captaincy in which Priyanka Jagga will compete with current Captain Gaurav Chopra, who is in the competition for the second consecutive week. The housemates are divided in teams supporting on challenger and Swami Om and Bani are on the same team. In the task, Priyanka and Gaurav will hang from a harness with help from their teammates who have a rope supporting the player. If the players want to give up, they can, giving a reason to for withdrawing their support. Priyanka picks Bani, Swami Om, Sahil Anand and Nitibha Kaul while Gaurav opts for Lopamudra Raut, Monalisa, Rohan Mehra and Rahul Dev. Manveer Gurjar will oversee the task. 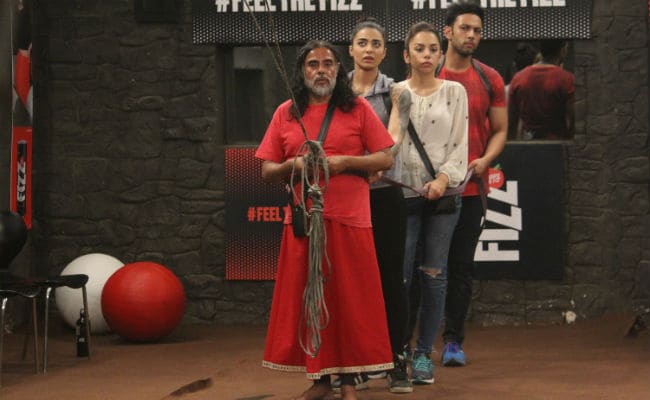 Bigg Boss 10: Team Priyanka Jagga is all set for the fight

Bani ditched Priyanka first. Bani earlier had an altercation with Priyanka after the former picked her name for elimination nomination. Bani then tries to convince Sahil to do the same which irks Swami Om who then tells her to stay away. Being Swami Om, he adds, "Agar tum aisa karogi tumhari Maa mar jayegi." This naturally upsets Bani, who retaliates saying: "How dare you pass you such comments about my mother." Bani's inconsolable and is upset with Swami Om even after the task ends. Swami Om tries to convince her that he said so in the heat of the moment but Bani is in no mood to accept his apology. Bani also She lashes out at Manveer, Nitibha and Priyanka, who did not take her side when Swami Om passed those comments.

Promoted
Listen to the latest songs, only on JioSaavn.com
Towards the end of tonight's episode the cast of upcoming film Wajah Tum Ho - Sana Khan, Sharman Joshi and Gurmeet Choudhary - visit the Bigg Boss house.