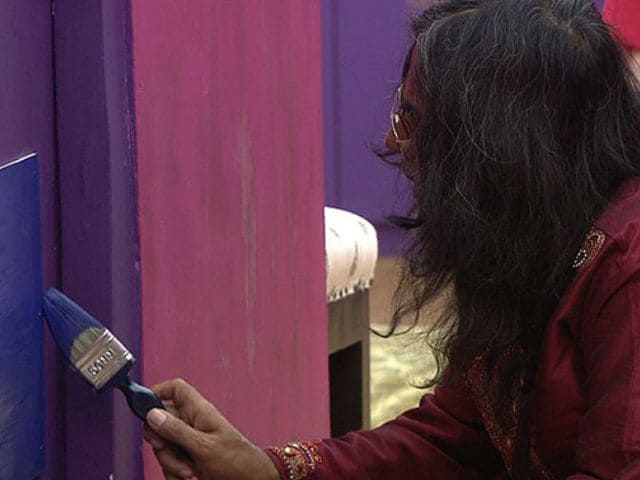 New Delhi: Bigg Boss cancelled the luxury budget task hours after it started in the episode which aired on December 20, thanks to Swami Om and Priyanka Jagga's volatile behavior. Swami Om attacked contestants and damaged Bigg Boss' property. In the task contestants Manu Punjabi-Monalisa, Gaurav Chopra-Bani, Manveer Gurjar-Nitibha Kaul and Rohan Mehra-Lopamudra Raut were to play gurukul students exchanging love notes while Swami Om and Priyanka Jagga played hostel warden who had to confiscate the letters. Priyanka and Swami Om took their role very, very seriously and ended up infuriating the contestants and Bigg Boss. Twice Bigg Boss called Swami Om to the confession room and even after that when they continued with violence, Bigg Boss cancelled the task.

Tonight's episode takes their journey ahead. Swami Om is asked to repair the damage he caused to a washroom cubicle door by kicking at it, in an attempt to get Rohan out of there. Swami Om is ordered by Bigg Boss to clean up his mess and repair the door. He's given a ply borad, hammer, nails and paint to complete the punishment. The contestants will poke fun at Swami Om's situation, who will conitbue saying, "ye anyaya hai (it's unfair)." Many will be happy as Swami Om gets a good lesson, Lopamudra even mimics Swami Om's actions.

"Ye anyaay hain", complains #OmSwami while fixing the door he broke yesterday, while others have a fun time watching him! #BB10pic.twitter.com/rQJnxvby9v

In another segment, Bigg Boss will ask Gaurav and Bani to go on date, arrangements of which have been made. Gaurav and Bani will dress up quickly and enter the activity area, where a candle light dinner set-up is arranged with romantic motifs. Gaurav will tell Bani that his 10-week stint in the house would have been incomplete without Bani. She's overjoyed.

Promoted
Listen to the latest songs, only on JioSaavn.com
Back in the house Swami Om and Priyanka Jagga will again irk contestants by passing personal comments on their family. Manu will lose his cool after Swami Om ill drag his fiancee in their fight again.