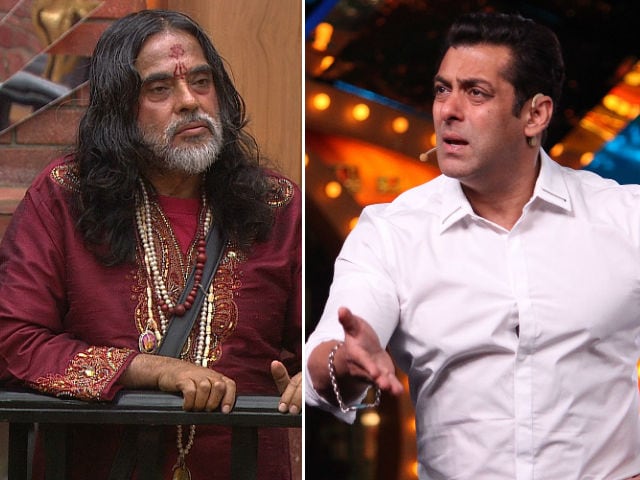 Bigg Boss 10: Salman and Swami Om in a still from the show

New Delhi: The Weekend Ka Vaar episode started off with the host Salman Khan talking about the show so far and later showed the audiences the videos about contestants confessing about their journey and their relationship with fellow housemates. Later, the episode opened with Salman interacting with the contestants and then asked Swami Om to become an anchor and tell the past week's news from the house. On which, the self-styled godman, portrayed himself as a victim, unaware about Salman's angry mood, spoke about the captaincy task's episode, where VJ Bani had pushed him because he spoke against her mother. The living room was turned into a courtroom, where the contestants had to defend themselves against the accusations made. 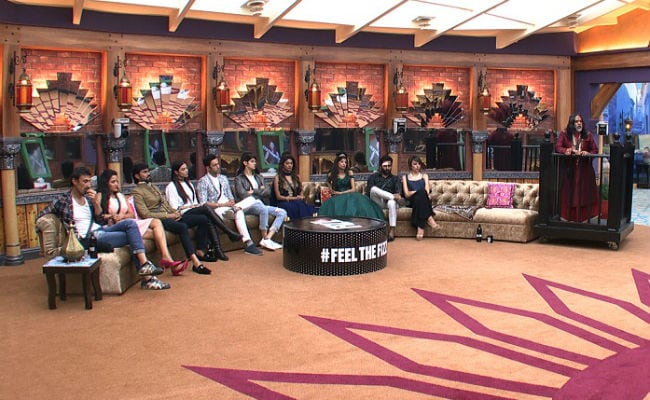 The first one to be called in the katghara was Bani, who had to defend her walking off attitude during a conversation. She was also advised by Salman not to be so emotionally weak and not let the situations bring out the worst in her. Next, it was Swami Om's turn, who was accused of speaking ill about Lopamudra Raut, commenting on Bani's mother and urinating in the kitchen area. Salman warned Swami Om to mind his actions and added that he would address Swami Om as only Om now, as he has brought only shame to the title. Even this week's captain Priyanka Jagga had to face Salman's wrath for supporting Swami Om's behaviour. 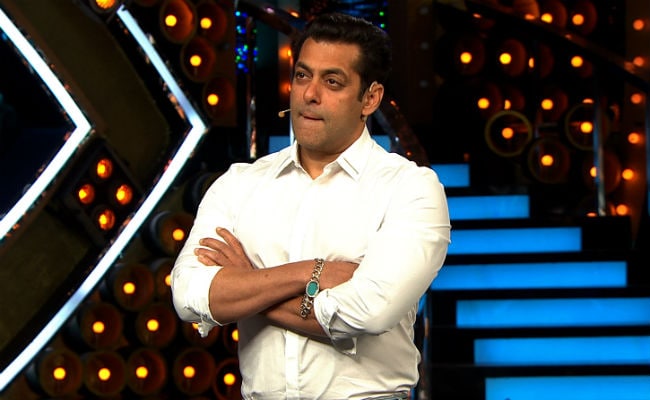 Salman Khan lashes out at Swami Om for his absurd behaviour

After the discussion ended, the contestants, except for Priyanka unanimously decided to boycott Swami Om for his behaviour.

Furthermore, former Bigg Boss contestant Karishma Tanna and veteran journalist Dibang came over to join 'Salman Ki Sabha '. Both of them presented their view about the contestants. Karishma called Bani a lone fighter while Dibang said that Swami Om is a shrewd player.

Promoted
Listen to the latest songs, only on JioSaavn.com
As the episode came to an end, Salman straightaway announced that Sahil Anand has been evicted this week and he has to bid adieu to the house.

After Sahil's eviction, Gaurav Chopra, VJ Bani, Manveer Gurjar, Monalisa, Priyanka Jagga, Swami Om, Rahul Dev, Rohan Mehra, Lopamudra Raut and Nitibha Kaul are left in the house. Jason Shah is out of the house due to medical reasons while Manu Punjabi had to leave the show midway due to his mother's death but is expected to return soon.