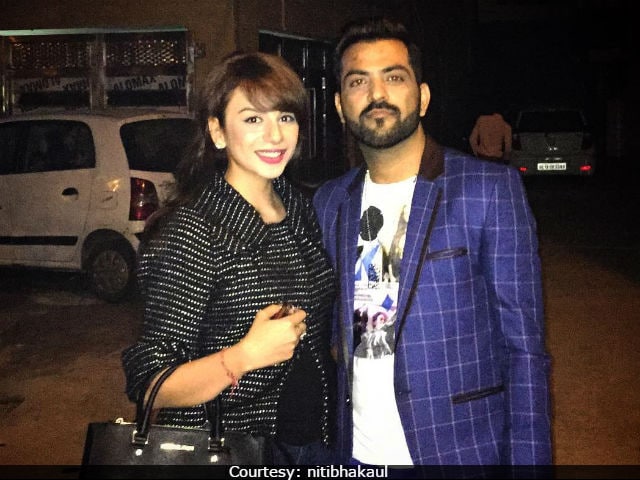 New Delhi: Bigg Boss 10's Nitibha Kaul is all set to host a reality show Date To Remember along with her co-contestant Manu Punjabi. The announcement was made from an unverified account purporting to be Nitibha's. "I am hosting a show on MTV called A Date To Remember! So so so excited. Follow these pages to get all the updates @datetoremember #datetoremember #newbeginnings #anchoring #excited." read the post. The show would judge the compatibility of the couples and after 13 weeks, the winner would be declared, Nitibha says in the video. During her stint in Bigg Boss 10, Nitibha shared a good rapport with Manveer Gurjar, winner of the show and Manu's best friend.

I am hosting a show on MTV called A Date To Remember! So so so excited Follow these pages to get all the updates @datetoremember (FB link in Bio) #datetoremember #mtv #newbeginnings #anchoring #excited

Meanwhile, Manveer is rumoured to be dating Nitibha. However, both of them haven't acknowledged their romance. Few weeks after Manveer was declared the winner of Bigg Boss 10, a video featuring Manveer Gurjar as a groom surfaced on the Internet. Later, Manveer confirmed his marital status through an Instagram video, where he said, "I got married in 2014 under family pressure and I was blackmailed emotionally. However, we got separated within four to five months of marriage."

Nitibha was evicted few days before Bigg Boss 10 finale while Manu and Manveer competed for the title along with Bani J and Lopamudra Raut. Manveer took home a prize money of Rs 40 lakh.

After the finale, Nitibha has been busy partying with Manveer, Lopamudra and other contestants of the show.

Promoted
Listen to the latest songs, only on JioSaavn.com
Here are some pictures:

Hola! Sending love for all