Bhumi Pednekar On Making It To Forbes' 30 Under 30 list: "Thank You For This Honour" 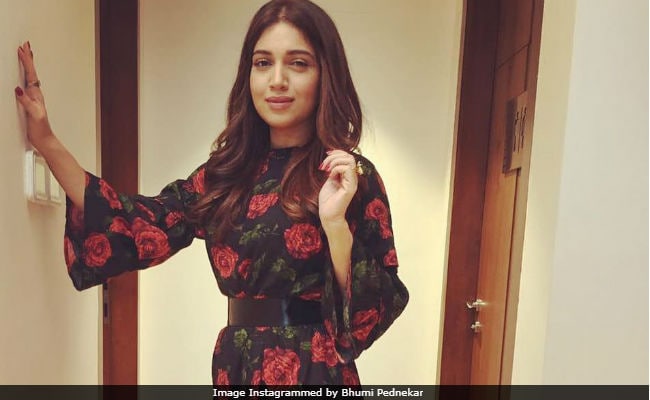 New Delhi: Actress Bhumi Pednekar responded to the news of her making into the Forbes' 30 Under 30 list, with excitement: "Thank you, Forbes India for this honour. Truly feels special to be a part of this list with such dynamic people. More power to all of you," the actress wrote on Twitter. Bhumi has been recognised in the entertainment category for her bold choice of work in 2017 - Shubh Mangal Saavdhan and Toilet: Ek Prem Katha. Bhumi, 28, along with Akshay Kumar in Toilet: Ek Prem Katha , raised awareness on the eradication of open defecation in India. Joining Bhumi in the list are actors Vicky Kaushal and Mithila Palkar.

Thank you @forbes_india for the recognition.Being a part of this list,with such dynamic people is truly an honour .More power to all of you #forbes30under30#achiever#dreamer#love#forbesindiapic.twitter.com/qk8sCf3pVv

"The Forbes' list is representative of 15 categories. The selected names were judged on three broad measures - the extent of the impact of their achievements, and their ability to disrupt the status quo; scalability of the business or line of work and; their potential to stay a long-term player," reported IANS.

The Masaan actor also expressed his gratitude on Twitter and wrote: "Thank You for this honour @ForbesIndia #FobesIndia30U30" The 29-year-old actor, who was last seen in Raman Raghav 2.0 , will be next seen in Raazi, also starring Alia Bhatt.

Thank You for this honour @ForbesIndia#FobesIndia30U30https://t.co/23OruIHX0A

Bhumi, who marked her debut with 2015's romantic comedy Dum Laga Ke Haisha, opposite Ayushmann Khurrana, received accolades for her a stellar performance as Sandhya. The actress, who is vacationing in Agra, is keeping us updated with her pictures; like this one in front of the Taj Mahal, which she captioned: "Cause certain poses are just important to do. #wahtaj #tajmahal #teamBP #agra #sonchiriya #thursday #clicheenough"

Take a look at her holiday pictures:

The wonder and I . Still overwhelmed by its beauty #tajmahal #agra #morning #love #happiness #wonderoftheworld

Bhumi will be next seen in Abhishek Chaubey-directed Sonchiriya, opposite Sushant Singh Rajput.