Bhumi Pednekar on Her Weight Loss: I've Never Starved Myself 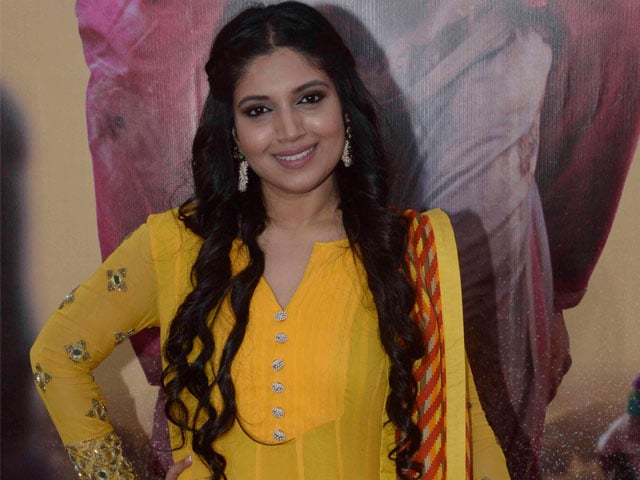 Bhumi, who lost 27 kgs since last December, said that she thoroughly enjoyed her weight loss phase.

"The journey of shedding weight was tough but the only good thing was that it did not take a toll on my health. It was all natural and planned. It didn't affect me mentally, which generally happens. But I did have to do a lot of hard work. It was a fun process for me. I really enjoyed doing it. There wasn't any day when I missed out on anything because I was taking the fat-free version of it," she told PTI.

She made her debut in Bollywood with Yash Raj Films' Dum Laga Ke Haisha co-starring Ayushmann Khurrana. Her character of an ambitious, overweight girl - Sandhya - in the film, which released in February, was appreciated.

"The film was more like an achievement for me because this was something which I always wanted to do. My personal life hasn't changed much post the film. Dum Laga Ke Haisha gave me a lot of love, respect and acceptance. It makes me happy that people are recognising me and they speak a lot about my work," she added. (Also Read: Bhumi Pednekar: Women Today Won't Starve Themselves to be Thin)

When asked whether she was apprehensive about making her debut with an unconventional role, Bhumi said, "When I read the script I was completely blown away. I was looking at the bigger picture. I was getting what I love. I fell in love with Sandhya's character. I didn't know how my journey would be portraying her on-screen."Bhumi started her journey as a casting professional under Yash Raj Films. Being in the profession for a long time, Bhumi said that looks do not matter much if one is honest to one's performance.

"As an actor, whatever role you play, you need to be true to it. It's not only your mental transformation but also your physical changes that add to your role. I feel how you look like in real life does not come into play. If you are honest to a role, you will get noticed," she said.

The actress is elated with the way her career has shaped after her debut.

Currently, the actress is meeting directors and will announce her next project, which will feature her in a completely different look, soon. "I am meeting a lot of people and reading a lot of scripts. Very soon, I will be announcing my second project. Surprisingly, I am not getting roles where the makers look at me like Sandhya and that is a motivation for me. The roles I am getting are diverse and amazing. I happy that I am not getting pigeonholed after my first film," she said.