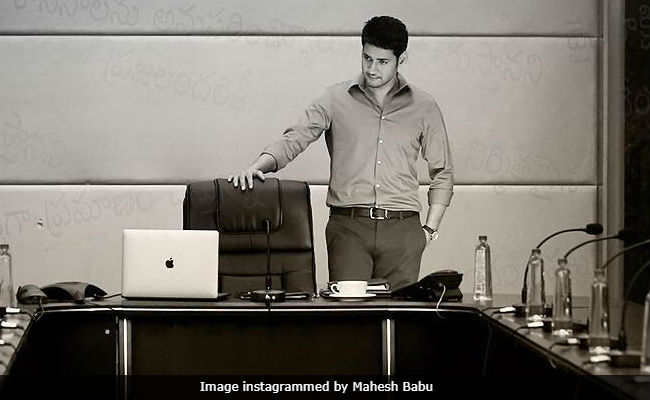 New Delhi: Mahesh Babu is all set to make an announcement about his upcoming Telugu film Bharath Ane Nenu or The Vision Of Bharat in the evening today. The actor teased his fans with a picture from what appears to be a scene in the film. Mahesh Babu with his back facing towards the audience looks at a room full of people, who appear to be cowering under his glare. Mahesh Babu plays the role of a top politician named Bharat in the film directed by Koratala Siva. Fans are eagerly waiting for the updates, which may be a teaser or a new poster of the film. "Soooo exciteddd," a fan posted in the comments section. "Can't wait to watch it sir," read another comment.

The Vision of Bharat. Today. 6PM.

The actor had also shared this poster on Monday:

Bharath Ane Nenu also stars Kiara Advani opposite Mahesh Babu. It is Kiara's Telugu debut film. "The makers really liked her work in the Dhoni biopic and roped her in. She is thrilled to be part of the project," a source from the film's unit told news agency IANS in June. Kiara has featured in Bollywood films such as Fugly (her debut), MS Dhoni: The Untold Story and Machine.