Bhagyashree Shares Portraits Of Celebs Who "Used To Fascinate" Her. See Her Post

Bhagyashree made the sketches in the 1980s 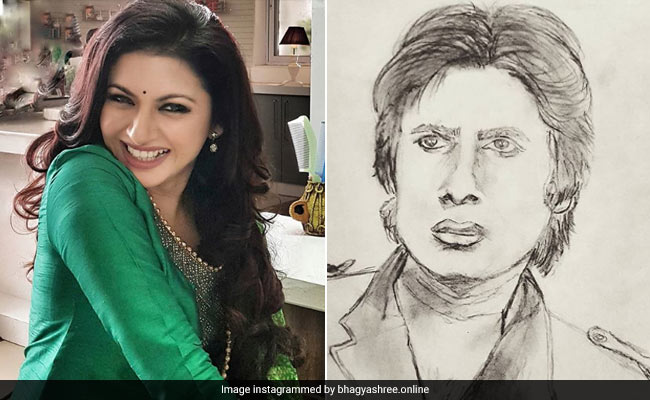 Did you know that apart from acting, actress Bhagyashree is also good at sketching? Well, the actress's latest post on Instagram proves it. Making the best use of Throwback Thursday, Bhagyashree shared a set of portraits she once made of celebrities who "used to fascinate" her. Her album comprises sketches of actors Madhuri Dixit, Amitabh Bachchan, Neelam Kothari, singer Madonna and international stars like Vivien Leigh, Brigitte Bardot and Sophia Loren. Sharing the sketches, Bhagyashree revealed that she made them in the 1980s. She wrote: "Once upon an artist! I used sketch long ago (1986/87)... Portraits of people who used to fascinate me." Bhagyashree hasn't worked with Madhuri Dixit, Amitabh Bachchan or Neelam Kothari in any of her films.

Once upon an artist ! I used sketch long long ago (1986/87)....portraits of people who used to fascinate me. @madhuridixitnene @amitabhbachchan @neelamkotharisoni #madonna #brigettebardot #vivienleigh #sophialoren #throwbackthursday #drawing #sketch #sketching

Bhagyashree became a household name after she appeared in Amol Palekar's TV serial Kachi Dhoop, which aired on Doordarshan in 1987. She is also best-known for her performance in Sooraj Barjatya's 1989 film Maine Pyar Kiya, in which she co-starred with Salman Khan.

The actress then took a break from acting and married Himalaya Dassani, with whom she later co-starred in films such as Tyagi and Paayal, both of which failed to attract cine-lovers at the box office. Bhagyashree has also worked in a few Kannada and Telugu films like Ammavra Ganda, Omkaram, Rana, Gandugali Kumara Rama and Seetharama Kalyana.

The actress she made her television comeback with the TV show Laut Aao Trisha that aired on Life OK from 2014 to 2015.

Now, Bhagyashree all set to return to the big screen. She will next be seen in a film alongside south star Prabhas.