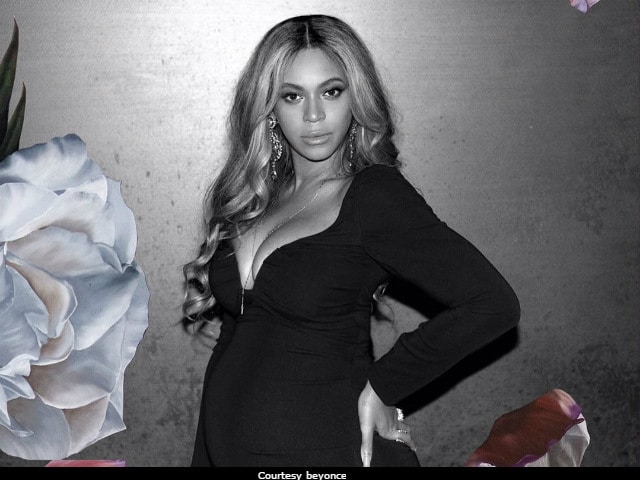 New Delhi: Beyonce is doing it again. No, really. The pop queen indulged into another pregnancy-special photoshoot and the results are lovely. The Internet just cannot handle it. Dressed in a blue bodycon ensemble, Beyonce poses solo, with her husband, rapper Jay Z and five-year-old daughter Blue Ivy in the pictures. Beyonce accessorised with statement jewellery and also provided a detailed look book of her stunning looks. What makes Beyonce's pictures that extra bit special is that she features in a backdrop of flowers, which seems to have been digitally edited for a graphitised look. Beyonce, who suffered a miscarriage in 2010, married Jay Z in 2008.

Beyonce's latest photoshoot was preceded by another one two weeks. Beyonce opted for pastel shades this time. We bet you can't take your eyes off as she posed in an off-white dress paired with a pale pink coat. She also sported aviators like a boss.

Beyonce announced that she's pregnant with twins in February and followed it up with an ethereal underwater photoshoot. Casually draped in colourful linen, Beyonce features with a bare baby bump in the pictures.

Beyonce made her first public appearance at this year's Grammys after she announced the baby news. Beyonce was dressed as an Egyptian goddess as she performed to a compilation of her songs Sandcastles and Love Drought. Beyonce delivered a mindboggling performance at the Grammys, half of which was with her being on a moving chair. Beyonce also won two Grammys this year, the Best Music Video Grammy for Formation and the Best Urban Contemporary Album Grammy for Lemonade.

Issac Newton Must Have Taken A Turn In His Grave By Looking At #Beyonce's Gravity Defying Performance. #GRAMMYs#BeyonceGrammyspic.twitter.com/iSBQ2LwqyQ

Meanwhile, Beyonce has been voted as the most beautiful woman by an online poll conducted by website Buzznet.