Ben Affleck, Jennifer Garner are 'Good Friends' Even After Split 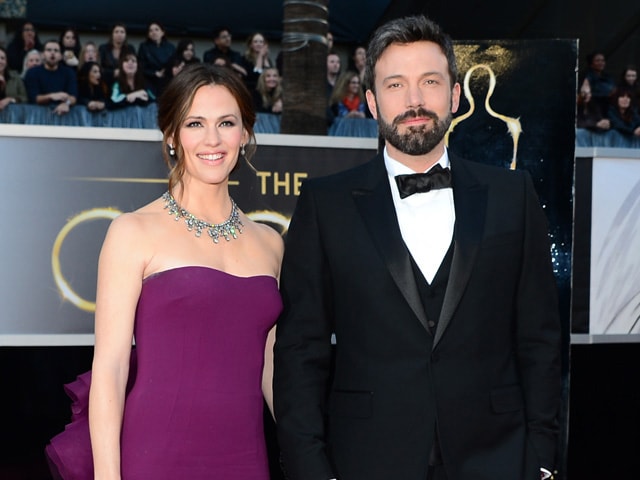 A file photo of Ben Affleck and Jennifer Garner at the Oscars in 2013. (Image courtesy: AFP)

Los Angeles: Ben Affleck and Jennifer Garner's marriage might be over, but the actor said that they are still "good friends.”

Ben and Jennifer have three children – Violet, 10, Seraphina, 6 and Samuel, 4. They have maintained a cordial relationship since their separation in June last year.

"We're good friends and we're doing our best. Our kids are fabulous and we're working our best for them," said Ben on a chat show.

Ben, 43, also shared that his youngest son Samuel believes that his dad is actually Batman.

"He thinks I'm in the Batcave now. I tell him, 'Dad's gotta go away now,' and he goes, 'You're going to the Batcave.' I'm like, 'That's right, Batcave,' and he says 'Watch out for the Joker.' I'm like, 'I'll look out for him," added Ben.(Also Read: Why Ben Affleck, Jennifer Garner Are Still Living Together After Split)