Bella Thorne Posts Her Own Nudes Before Hacker Can; 'Power Move,' Says Twitter 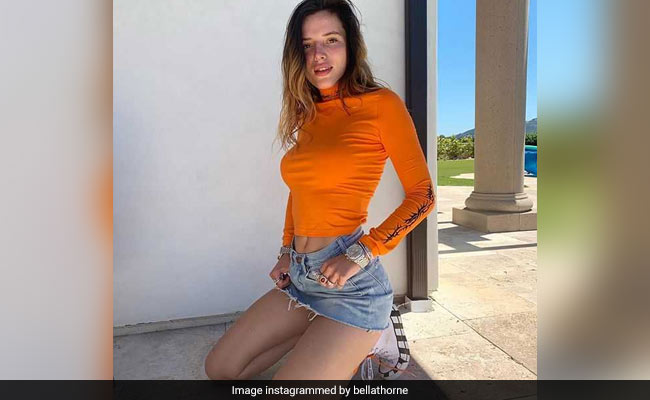 Actress Bella Thorne tweeted a bunch of nudes  over the weekend and she's getting a slow clap for it on the Internet. Bella, who shot to fame as a Disney star, revealed that a hacker had accessed and threatened to release pictures and videos of her naked self - so, in order to thwart the hacker, she did it herself. "I took my power back," she wrote in a note accompanying the pictures, explaining that they were taken for "one special person to see." The pre-emptive strike wasn't the only counter-measure Bella Thorne, 21, took - the FBI were going to be at the hacker's place soon, she warned.

Last year, Bella Thorne revealed in an Instagram post that she had been sexually abused until the age of 14, when she "had the courage to lock (her) door at night and sit buy it." In her note on Twitter over the weekend, Bella refers to the abuse: "For too long, I let a man take advantage of me over and over and I'm f***ing sick of it."

Bella Thorne's fans have rallied around her now as they did when she wrote about being sexually abused. "Don't let them control you. Karma will find its way," read one response, "absolute power move," "big up" and "brave move" read others.

Bella Thorne's breakout role was in 2010 as dancer CeCe in Disney's buddy comedy Shake It Up, co-starring Zendaya. Her film credits include the Adam Sandler comedy Blended and Alexander And The Terrible, Horrible, No Good, Very Bad Day. Bella is also a singer and an author.