Before Game Of Thrones 8 Premiere, Read About The Secret Life Of The Show's Extras

Game Of Thrones: Some 'extras' keep long hair and beards purely for the show 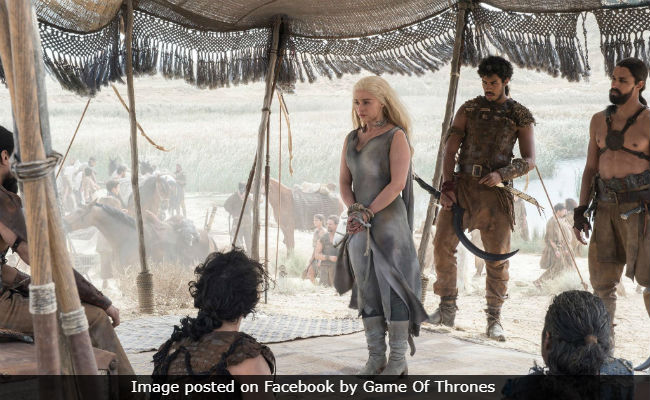 A still from Games Of Thrones. (Image courtesy: Facebook)

They are not permitted to speak to the media, yet the anonymous Game Of Thrones background actors are integral to the production and have incredibly difficult and important jobs. Many have been with the show for years playing various soldiers, tradesmen and Westeros residents. Some even have tattoos commemorating their roles. They are among the first to arrive on set, and among the last to leave while earning roughly $100 a day. "Obviously they're called 'extras' so there's not a whole lot of money or respect that comes with that job," ew.com quoted showrunner David Benioff as saying.

"But the extras in Northern Ireland were spectacular in terms of their enthusiasm, and the realism they brought to it. They work so hard with these insane hours. You think back on how many of our scenes where the extras play such a major part," he added.

David Benioff continued: "Many of these guys kept long hair and beards purely for the show, and they even came up with character names and back-stories for themselves, their childhood traumas, what House they owed allegiance to, even though (those details) are not in the show ... It really adds to the believability of so many shots - whether they're behind Jon Snow at Castle Black or at Winterfell or wherever - that these dudes really take this seriously and have passion for it."

The HBO fantasy series will come to an end later this year with season eight hitting the screens in April. The plot details are being kept under wraps. It will air in India on Star World.

Showrunner Dan Weiss told ew.com: "Extras can make a scene or they can destroy a scene if you don't give what they do the respect and attention it deserves."

During the filming of The Battle of the Bastards episode, for instance, various extras were separately trained for each army in the battle to develop a group's sense of camaraderie, coordination and teamwork. Some had the rather gruelling job of serving in a 20-feet-high body pile, spending all day intermingled with gory mock corpses.

Many celebrities have been background performers. Snow Patrol's Gary Lightbody was a soldier in season three. Icelandic band Of Monsters and Men were a Braavosi band in season six. Metal band Mastodon appeared in season five. And Coldplay drummer Will Champion was a drummer at The Red Wedding in season three.