Beauty And The Beast Controversy: 'Lots Of Gay Sex In This Cartoon,' Jokes Ewan McGregor 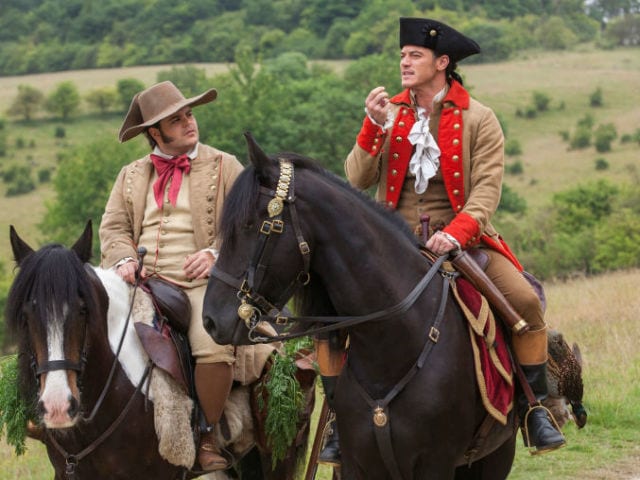 A still from Beauty and the Beast

Washington: Ewan McGregor thinks the controversy surrounding Disney's first "exclusively gay moment" is a little silly. He stopped by the Late Show Monday night and the actor who plays the candlestick Lumiere in the live-action Beauty and the Beast movie made light of the minor brouhaha that's unfolded ever since director Bill Condon told Attitude magazine that the character Le Fou (played by Josh Gad) was gay in the new adaptation. "There is a lot of gay sex in this cartoon," McGregor joked during his interview. "If you live anywhere near Alabama, you should not go see this film. What would Jesus think?"

McGregor was referring to the Henagar Drive-In theater in northern Alabama, which won't be showing the movie for religious reasons. In a Facebook post, the operator wrote, "If I can't sit through a movie with God or Jesus sitting by me then we have no business showing it."

Colbert commented that he heard the movie was all very subtle (which it is), but McGregor wasn't having it.

It's not just an Alabama drive-in that's pushing back against the new Disney movie. In Russia, the movie has received a restrictive rating that bars anyone below 16 years old from seeing it. And the release has been pushed back in Malaysia. The country's film censorship board approved the release with "a minor cut involving a gay moment." Shortly after that, the movie disappeared from local listings, with a Malaysian newspaper claiming Disney had chosen to postpone the opening.

McGregor isn't the only star poking fun at the controversy. During the movie's New York City premiere, Ian McKellen (who plays the clock, Cogsworth) referred to the movie as "another gay extravaganza" for Condon, who has also directed Gods & Monsters, not to mention Dreamgirls and Kinsey.

Emma Watson, who plays Belle, has taken a more serious approach. During a sit-down with Entertainment Weekly, she said, "I think that what's so fantastic about Josh's performance is that it's so subtle. It's always like, does he idolize Gaston? Is he in love with Gaston?"

"I don't want people going into this movie thinking that there's like a huge narrative there," she added. "There really isn't. It's incredibly subtle, and it's kind of a play on having the audience go, 'Is it, or is it not?' I think it's fun. I love the ambiguity there."

She's right. The controversy has been hugely overblown. Here's how the "exclusively gay moment" plays out in the movie (spoilers ahead):

Le Fou's sexual orientation is never overtly stated. In fact, when Gaston asks Le Fou why he never has a girlfriend, Le Fou says he's been told he's too clingy. Yes, he looks at his best friend with adoration, but that could be read as a run-of-the-mill bromance.

Later in the movie, during the climactic battle between the villagers and the enchanted characters inside the Beast's mansion, a wardrobe attacks a trio of men by spewing dresses at them and clothing them in intricate gowns. Two of the men run off in disgust, but the third seems quite pleased with his new get-up.

The much-discussed gay moment occurs at the end of the movie between that character (who is, at that point, wearing men's clothing once again) and Le Fou. The men are among a large group dancing at a ball. During the dance, when one half of each couple rotates around a circle, Le Fou and the man end up partnered up and both seem delighted.

That's it. It lasts no more than a second.

As Watson rightly claimed, it's incredibly subtle and, if Condon hadn't said anything at all, it surely wouldn't have generated a fraction of the controversy it has.